Home National “Know Your Worth” Movement to Educate Black Women (and Men) on the... 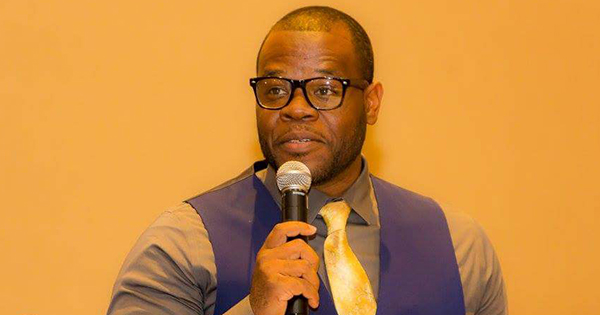 Nationwide — Aaron Jordan Jr. is the brainchild, creator/CEO of the nationally renowned “Know Your Worth” (KYW) movement. The movement empowers African American women and men, helping them to realize the power that they behold in overcoming life traumatic circumstances in relationships, domestic violence situations, verbal abuse, and tapping into their self-worth.

Aaron, also known as “Mr. Know Your Worth”, is an award-winning author of several books including The Power Within and A Woman’s Worth: From Both Sexes. He is also a speaker, teacher, ministry leader, and successful entrepreneur.

Supporting charities is another one of his strong suits. He has supported various organizations including: Mending Hearts, Inc, Goodwill Industries, Beauty Behind Bars, (Once in a Wifetime/Once in a Manhood) and more. Aaron feels that it is important for his audiences, clients and the general public to know this because “giving back” is a vital part of who he is and it’s important to the cycle of life.

For the last two years, Aaron, his lovely wife (Ashley Jordan) and his progressive team have made a difference with the annual Know Your Worth Women’s Conferences. The 2016 theme was “Come Walk the Purple Carpet,” in harmony with October being the charted month for domestic violence awareness and purple is the chosen color for the awareness and month.

In 2017, Aaron and the KYW Movement will re-visit and explore some new, productive and exciting things ahead. A couple of them will be the new, infused book and speaker’s circuit tour stops and the KYW Radio Show and television broadcasts. The “Know Your Worth Brand” is all about educating his audience (no matter what size) about their invaluable, self worth.

He comments, “If one doesn’t know their worth, they may have no worth and it shows in their daily walk. So often it’s the first step in allowing others to decrease another person’s value.”

In addition to all of his accomplishments, Aaron is also a proud member of the Phi Beta Sigma. The Fraternity, the Pi Eta Sigma Chapter, and has proudly won the Indie Authors Legacy Award: Author of the Year in Personal Development #IALAWARDS, which stems from Baltimore, MD.

For more information about the tour, the movement or Aaron Jordan Jr. himself, contact KYW Communications at (615) 208-3261 or knowyourworthradioshow@gmail.com or visitwww.knowyworth.com or www.aaronjordanjr.com