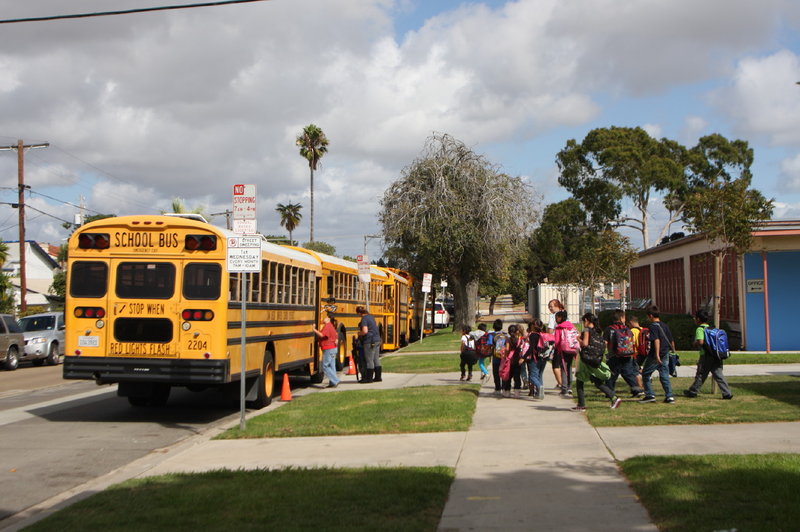 When developing the budget the State requires school districts to make adequate decisions based on their greatest needs; however, in the case of SDUSD the greatest needs are where the greatest cuts are taking place. On February 28, 2017, SDUSD unanimously approved a scheme to correct a $124 million deficit projected for the 2017-2018 school year. This capricious budget reduction will inflict irreparable damage on neighborhoods in Southeast San Diego, as the most layoffs will be in nine District E schools, represented by board trustee Dr. Sharon Whitehurst-Payne.

The Local Control Funding Formula (LCFF) stipulates that funding be aimed at helping improve the academic outcomes of low-income children, English-language learners and foster youth. The flexibility given to school districts requires greater responsibility on their part to effectively engage parents and community (the stakeholders) in the budget decision-making process. This is not the case in SDUSD. The Local Control Accountability Plan (LCAP) and budget must demonstrate how funds will be used to address each of the eight areas and improve outcomes of targeted student groups, including African American students. However, SDUSD has failed to follow State law in four of the eight areas: Student Achievement, Course Access, School Climate, and Parent Involvement. SDUSD must be held accountable in regards to African American student achievement. For some time, SDUSD has failed to properly inform and adequately involve our community in the decision making process. We are concerned about the lack of outreach and feel undervalued and not included in the process that is supposed to support our students. Furthermore, we are concerned about effects the budget cuts will have on School Climate. The budget cuts are not being made equitably by the district’s board of trustees, and AASSC demands a LCAP plan that explicitly addresses what will be done to improve African American student outcomes, with input from our community on what is needed and what accountability measures will be used.

The AASSC demands more accountability by SDUSD for the educational outcomes of African American students. Currently, there is no accountability or fiscal transparency in SDUSD as it pertains to how the budget addresses the needs of African American students. As a result, AASSC requested a fiscal and performance audit by the County Office of Education on April 12th. Specifically, Superintendent Cindy Marten and district leadership have failed to respond publicly to numerous inquiries regarding exactly how the enacted budget cuts and personnel layoffs adversely affect the schools in Southeast San Diego, an area that serves a large percentage of African American and African children. It is unconscionable that Superintendent Marten has repeatedly declined to meet with AASSC and the broader community to publicly discuss the effects of district efforts. AASSC has yet to receive any data, updates or information regarding strategies, plans or goals enacted by the district leadership to address the persistent underachievement of African American and African students in SDUSD.

AASSC represents a diverse group of civil rights, education, community-based, and parent organizations from Southeast San Diego.  We are very concerned about the future of public education for African American and African students. We are fighting for justice in education, including full, transparent and equitable budgets for our public schools. We are gravely disappointed that out of the 1,094 school districts in California, SDUSD is one of 39 are facing severe budget cuts, and in SDUSD, the cuts are disproportionately affecting the most needy communities. The leadership and fiscal incompetence is reprehensible and we need all governing authorities to immediately intervene and protect our children.

• Immediately, SDUSD board of trustees direct superintendent Cindy Marten to provide, via SDUSD fiscal and performance audits, documentation of how SDUSD is using district funds to meet the needs of African American students, the measurable effect of such efforts, and the effect of cuts the board is making on district programs/services supposed to be facilitating improvement in the educational outcomes of African American and African students. If the SDUSD board of trustees refuses to direct superintendent Marten as stipulated, we demand the San Diego County Office of Education initiate such an audit, given their role of fiscal oversight.

For outcomes and information on how to get involved in the AASSC contact LaShae Collins via email atlashaecollins@cox.net.