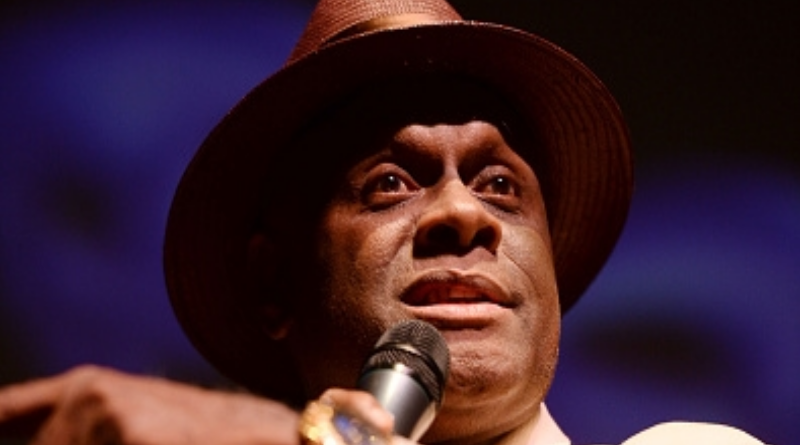 Hollywood, CA — With a natural gift for gab with a message — and the astute comedic timing to back it up — iconic comedian/ actor/ author/ motivational speaker Michael Colyar (The Princess and the Frog, Mi Casa, Mi Casa, Black-ish) makes the biggest and boldest move yet of his 30-year career – bringing his voice to radio. Colyar joins as co-host of “The Afternoon Rush” on American Urban Radio Networks (AURN), the show that replaces the long-running and highly regarded “Doug Banks Show” hosted by the late Doug Banks. “The Afternoon Rush” airs weekly from 3 to 7 p.m. EDT on AURN.

Michael Colyar who has made audiences laugh since he was a young child, is no stranger to national audiences. His resume and experience is vast and his entertaining persona is highly regarded. Colyar was the original host of BET’s highly popular BET Live from LA. He is also heralded for his daily performances for over 9 years on California’s Venice Beach where he entertained local and international crowds with his straight-forward humor and keen insight. Early in his career, Colyar’s talent garnered national attention after he won the $100,000 Grand Prize Comedy championship on “Star Search.” Colyar promptly donated $50,000 to homeless charities in the Los Angeles area.With his latest career move as co-host of “The Afternoon Rush,” he brings his accomplished interview experience, long-standing celebrity friendships, wisdom and his innate ability to insert comedy into everyday life to his new radio crowd and he takes his job very seriously.

“I am honored to join the new radio show that follows in the footsteps of Doug Banks who was a legendary figure in Black entertainment,” said Colyar. I am excited to bring my talent to AURN’s afternoon drive show “The Afternoon Rush.” It’s a huge pleasure to add my personal brand of entertainment, my love of comedy, my political insight and love of everyday people to help build the greatest, biggest and best afternoon drive time radio show in the country.”

Colyar is joined by the talented Ebony Steele (“Dish TV”) and sidekick Loni Swain on the drive time radio program broadcast live Monday through Friday from studios in Dallas, Texas. “The Afternoon Rush” combines the best in music, comedy and social interaction.

“This show means a great deal to me, said Colyar. “I am on a mission to not only entertain but to also elevate our community and our country to a new level. My road to fame has been full of challenges and learnings for which I am grateful. This shows provides me with a platform to share my experiences and my story, to encourage our youth, to those who seem to have no hope, like the homeless, individuals who are fighting drug addiction and even to provide insight to those who have everything they could ever ask for. We can all share a laugh together.”

Some of his celebrity friends, including news commentator and journalist Roland Martin; musical artists Fantasia, Bobby Brown, Anthony Hamilton; comedians George Wallace, Bill Bellamy; actress LisaRaye and Omarosa, T.I. and Rev. Jesse Jackson, Jr. have appeared on the show to hang out and play with Michael and the team. And, we can expect more exclusive appearances from a cadre of stars and artists that will support Colyar’s newest gig.

In addition to the star power, Colyar has infused his unrelenting positive energy to the show with various informative and interesting segments that showcase his love for movies and food and his politically astute and insightful approach to issues that matter today, notwithstanding, the upcoming Presidential election.

With the new gig, Colyar relocated from Los Angeles to Dallas. Dedicated to bringing his iconic comedy and world class style to the show, Colyar temporarily suspended upcoming projects, including his highly anticipated dramatic one-man theatrical show, “Michael Colyar’s Momma” which is slated to play in 100 cities. The show will debut in February 2017.

That’s not all. Expect lots more from Michael Colyar. On his birthday February 9, 2017, he will release his third book “Michael Goes Motivational: The Life and Evolution of a Very Funny Brother.” His first book showing love and support for President Obama, A Funny Thing Happened on the Way to the White House…I Knocked on the Door and a Brother Answered is selling fast and his second book, Miss Innocent Goes to Kool Skool and Other Silly Stuff: A Poetry Book for Adult Children goes on sale November 1st. Colyar will continue to present his entertaining, positive outlook on life through his thriving, motivational speaking tours and his stand-up comedy concerts nationwide…. when he can sneak away from his newest love “The Afternoon Rush.”

Michael Colyar is represented by Burke Management. For bookings, tour and additional information go to www.burkemanagementfirm.com.