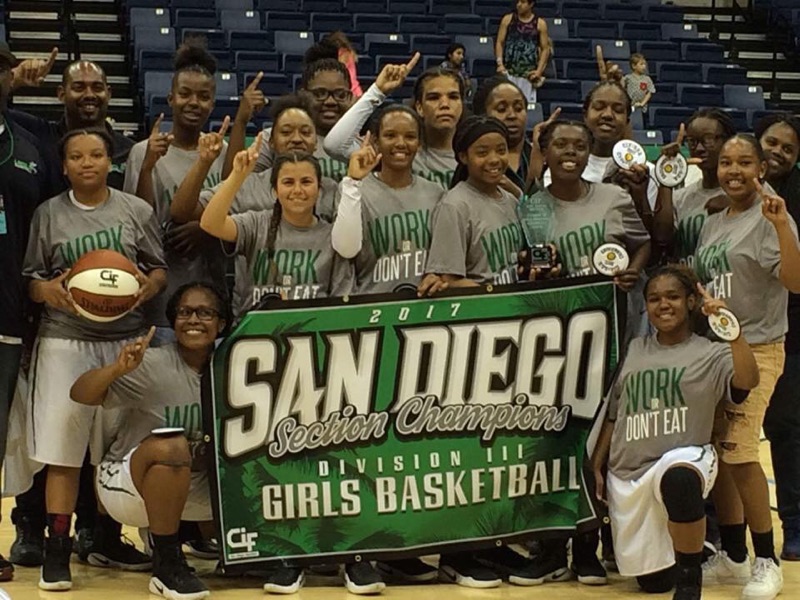 The Lady Hornets found themselves on the brink of advancing to the CIF Champtionship for the 3rd season in a row. Two years ago, they lost by 4, last year they lost by 2 points in an overtime heart-breaker. This year the Hornets started of strong looking like a team on a mission, and they stayed that way throughout the season ending with a 26-4 record. This past weekend they the avenged those tough losses as they captured a CIF Division III Championship with a 59-25 victory over Santana.

“It’s been a dream season!” said Coach Roderick Cooksey. “We are league champions which hasn’t been done since 1992, we are CIF Champions which hasn’t been done since 1994. Also Tarazjanae Cooksey was chosen as Player of the Year in the Eastern League while Jeriah Drake & Lindsey Latson were selected to the All-League team. Our girls have worked hard to make History at the Hive! They will forever be known as the First team to be Champions in both league and CIF since the school reopened.”