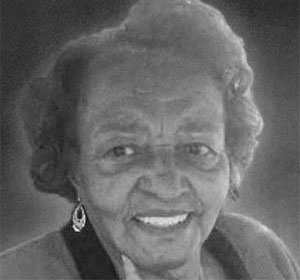 Lucille Loteal Carter was one of eleven children born on January 13, 1927, in New Orleans, Louisiana, to Mary and Willie Lavergne. Lucille received her formal education in St. Francisville. Lucille met Willie Carter in 1947, and moved to San Diego, California, in 1952. They married soon after. She was employed at University Hospital (now known as UCSD Medical Center) as an obstetrician technician where she retired after thirty years of service. She also worked as an in-home healthcare provider for various clients. Lucille was a member of Mt. Zion Missionary Baptist Church under the leadership of Rev. Johnson and later, Rev. Whitmill.

Lucille was a mother to five children: four daughters and one son. She will be remembered as a mother who loved and catered to her children and loved ones. Lucille not only mothered her own children but was a foster parent from 1982-2016 to over forty children. She was dedicated to caring and helping others and was the type of person who would give you the shirt off her back. She would always say, “If you give to others, the Lord will bless you ten-times over, and I am blessed.” Over the years, Lucille has won numerous awards for her dedication to the community and impact in the foster care system.

Lucille was a “jack of all trades,” she could do everything from car mechanics, plumbing, to financial advice. If you needed to know how to do something, needed advice, or an ear to listen, Lucille was the woman to go to. Lucille enjoyed cooking, tending her garden, talking on the phone, and having large family gatherings at her house.