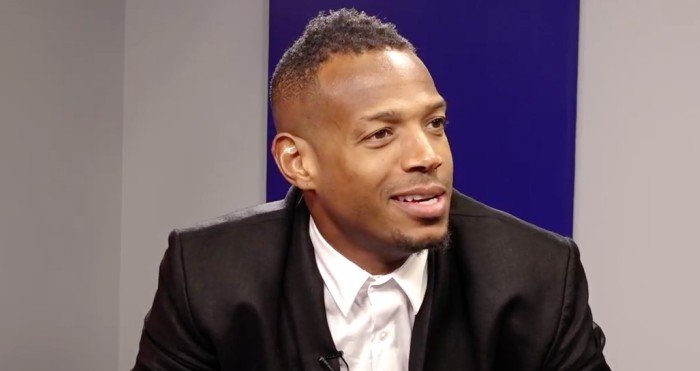 With his new self-titled show premiering next Wednesday, Marlon Wayans  wants his audience to not only laugh but to see a different side of him in a Black TV family they’ve never seen before.

“It’s a good show. It’s loosely based on my life as an inappropriate divorced father trying to keep his family together amidst a divorce. I’ve actually never been married but I’ve been broken up with and know what it’s like to still co-parent even though you’re not together”, he tells host Gerren Keith Gaynor on theGrioLIVE.

The comedian says his on-screen wife and long time friend, Essence Atkins, who was also recently on theGrioLIVE with Gerren, is someone he trusts to be his “Phylicia Rashad” because of the way she compliments his jokes and makes it better.

Wayans is known for his comedic characters as seen in White Chicks, A Haunted Houseseries, The Wayans Brothers, Scary Movie, and the list goes on. But he’s doing things a little differently this time around in his namesake show with the way he’s displaying love and respect for family despite what the circumstances.

“I hope it’s an aspirational show… I hope it affects married people, people who are divorced, baby daddies & mamas that’s not even talking so that they go, ‘you know what? It’s important to be there for my kids.’ And that woman or dude I had that baby with, they should be life-long friends,” Wayans said.

Not only does the star have a show coming to television but he’s also coming out with a Netflix original film, Naked, where he plays the leading role as a nervous husband-to-be who has to re-live the hours before his wedding day until he gets it right.

In this new chapter of his life, Wayans continues to keep himself busy and stays in the now.

“I’m just getting started… I’m saw caught up in the present that I haven’t had time to really look at my past and look at the things that I might have accomplished and sit there and feel comfortable… I think my best years are ahead of me,” he says.