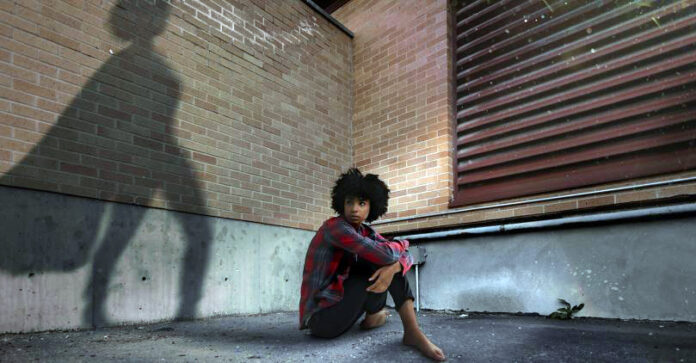 In a study published earlier this year by the American Psychiatry Association, Millennials were found to be the most anxious generation. Women reported higher anxiety than men, and people of color scored 11 points higher on the anxiety scale than Whites.

During Mental Health Month (May) the 2019 Greater Los Angeles Homeless Count results came in. While both subjects—mental health and homelessness—are becoming increasingly intertwined within the African-American community, the latter report is filled with “June gloom.”

“But not surprising,” said Dr. Erica Holmes, director of the Championship Counseling Center at Faithful Central Bible Church in Inglewood.

“There are a lot of reasons that cause individuals to lose their housing and the city, county and state haven’t done much to reduce those risk factors.”

According to the L.A. Homeless Services Authority (LAHSA), this year’s point-in-time count put the number of homeless people countywide just shy of 59,000. That’s an increase of twelve-percent increase over last year’s count.

“A lot of people think the majority of the homeless population have some severe mental illness, but that’s not true,” said Holmes, a licensed psychologist. “Most of the homeless are women with children.”

“Treating mental illness is kind of like with cancer – early detection is best,” Holmes said.

Driving through downtown’s Skid Row, one can see and feel the destitution. Hundreds and hundreds of people are in need of physical and mental services.

But somehow, Ericka Newsome, 39, found an oasis on Skid Row. The Downtown Women’s Shelter is helping her through mental health and housing services.

“I was in foster care a couple of times,” Newsome said. “I’m the second oldest of 12 children.”

After suffering beatings from an abusive mother, Newsome was determined to live on her own. She received prescription drugs for depression and attended Pasadena City College, close to where she was reared.

“The original plan was to transfer to a four-year music school,” Newsome said. “But I had to get a job right away.”

Newsome worked with temporary agencies and landed a job at a local bank. She was even a Rose Parade musician at one time.

“I was being a responsible citizen, paid my bills, following the rules,” Newsome added. “In 2009, a lot of people in the banking industry were cut back. There were no raises, but my rent went up.”

Newsome had to live in her car when she could not afford rent. To avoid parking tickets when she parked on the Pasadena streets, she slept in the bank’s parking structure. She became a member at a local gym, where she could take showers.

“One day after lunch I got a call to go to HR (Human Resources),” Newsome said. “’Hey, ‘you’re no longer part of this company’ they said. I remember walking out and I stood on the edge of the parking structure ready to jump.”

That’s when Newsome checked into the Huntington Hospital – Della Martin Center in Pasadena, where she received a psychological evaluation and hospitalization for depression and anxiety.

But after treatment, she was back sleeping in her car. When she had to sell her automobile to get some money, she was left to walk the streets. She found out about the Downtown Women’s Center while she was staying at a shelter in South Los Angeles.

But then one day she was turned away because the shelter was filled to capacity.

“I was really scared and trying to find a place to keep safe,” Newsome said. “The shelter would bus us to this place downtown to shower, get food and clothes.”

Newsome tried to remember the bus route and walked the streets until she finally found the Downtown Women’s Center.

“In the shelter, you had to shower at night,” Newsome remembers. “But at the center you could shower in the morning. I really liked that.” She now attends their group sessions and receives assistance to live in an apartment.

The Downtown Women’s Center has operated for 41 years on Skid Row. They have 119 permanent, supported housing units downtown, as well as other housing units located throughout Los Angeles County.

Some renters pay 30 percent of their income for rent. But a job is not a prerequisite.

“Once a person gets housed, they make sure they are mentally stable there and we’re monitored,” Newsome said. “I don’t want a setback. I need to maintain.”

“I want to give back,” Newsome added, noting that she has joined the Downtown Women’s Center’s advisory board. “I want to pass the word. I was in the same situation. It’s possible.”

Newsome recognizes that there is a cloud surrounding the issue of mental health, especially in the Black community.

“There’s a stigma there,” Newsome said. “But you shouldn’t look down on me because I’m getting help. That doesn’t downgrade my value.”

The African-American community, in particular, has a fear of asking for mental health services, according to Dr. Holmes.

“Research shows that African-Americans tend go to ‘family first,’ then pastor or clergy, and then seek professional psychological services,” Holmes said. “By the time they come into counseling, dealing with psychological distress has become a way of life. Sometimes we have to unpack five, 10, 15 years of depression.”

A stigma in Black families

The center, which has more than a dozen clinicians on staff, conducts a standard intake, which includes a questionnaire asking potential clients about their current situation, why they want therapy, and their previous use of psychotropic medications. They provide services to children as young as four years of age and to seniors. Client fees
are based on their ability to pay.

Word is spreading through social media that mental health is an important part of overall health and is made up of our emotional, psychological and social well-being. It’s a part of life and nothing to be ashamed of.

Although seeking out professional help has been a taboo subject for years, Millennials are more likely than previous generations to pursue therapy when they recognize the signs of stress, anxiety, depression and other mood disorders.

A 2015 study conducted by American University revealed that Millennials grew up hearing about mental illnesses—including eating disorders and suicidal tendencies—more than any other age group. This younger society is reportedly more accepting of mental health challenges and is also more likely to talk about mental health issues than their parents or grandparents.

In the American University survey of 900 Millennials, more than 70 percent said they would be comfortable visiting a counselor or therapist.

As more people speak out, the stigma surrounding mental illness is beginning to lessen. Celebrities are openly sharing their mental health struggles in social media, such as former Laker Metta World Peace, who regularly shared his challenges and experiences.

Stigma, distrust and socioeconomic reasons have historically all been factors in Black America’s shunning of professional mental health assistance. The need for these discussions has only increased.

In a study published earlier this year by the American Psychiatric Association, Millennials were found to be the most anxious generation. Women reported higher anxiety than men, and people of color scored 11 points higher on the anxiety scale than Whites.

Daily stress can be an enemy of your mental health. It causes a chemical reaction that occurs when the body goes into “fight-or-flight” mode. Your heart rate increases and blood pressure rises.

Know the signs and potential triggers of mental illness and if you’re ever concerned about how you feel, consult a doctor:

Mental health experts agree that when a person is experiencing excessive stress and it is interfering with daily activities, seeking help is key. In addition to discussing the situation with a professional, reach out to friends; look for local support; and find
therapeutic resources.