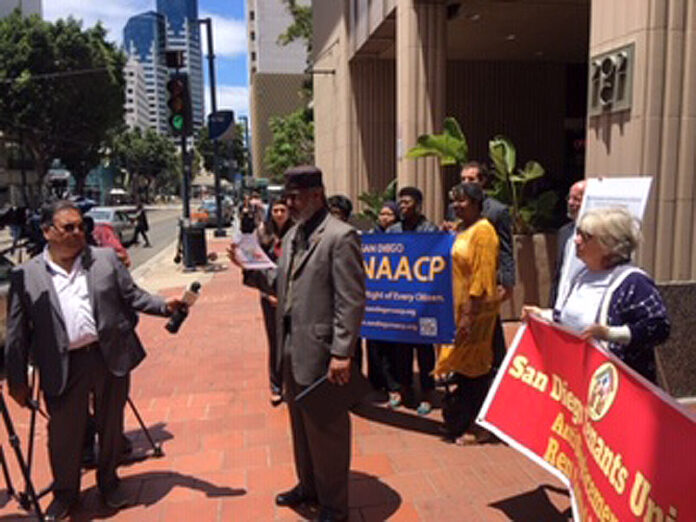 The plaintiffs and their attorneys held a press conference Wednesday, June 26 on the steps of City Hall and displayed a map showing the extreme concentration of poverty and racial segregation in the areas where San Diego Housing Commission limits housing voucher holders—disproportionately minorities—to living.

“Across the nation segregation levels today mirror those in the 1960s, and San Diego is one of the most racially segregated cities. The data compiled in our lawsuit illustrates how San Diego Housing Commission’s voucher policies directly and intentionally perpetuate racial segregation and the concentration of poverty in the City of San Diego,” states poverty attorney Parisa Ijadi-Maghsoodi, who drafted and is lead counsel on the lawsuit.