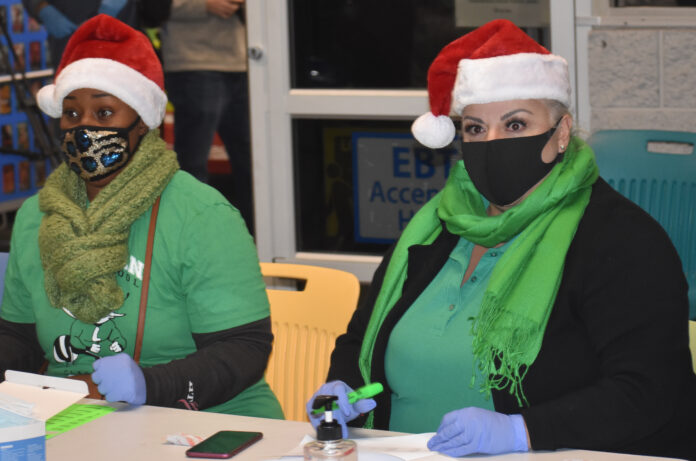 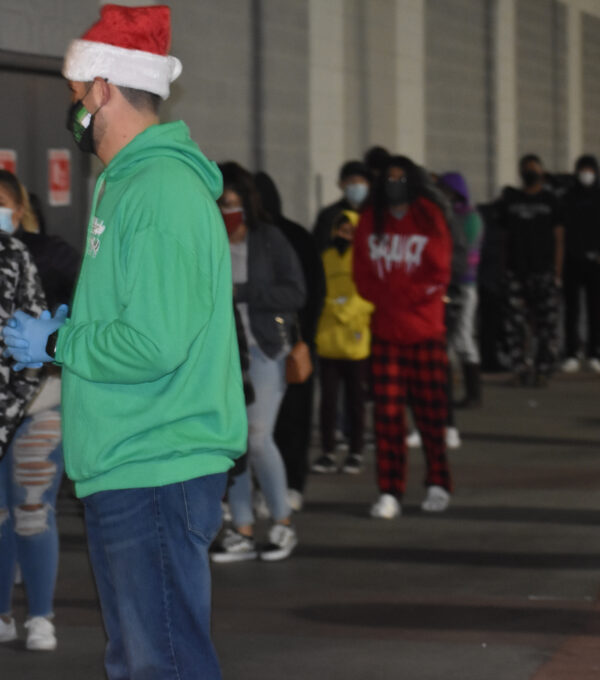 It was cold and dark last Saturday morning as 140 people lined up outside the College Grove Walmart in San Diego. They were waiting for the 5am special opening of the Walmart, arranged by NBA Champion Norman Powell. He was and did pick up the Holiday Shopping Tab for families from Lincoln High School, which he attended.

Powell provided $400.00 per family for both Saturday and Sunday’s special shopping spread. The store was open from 5am until 7am for these selected student families to purchase groceries, clothing and personal care items and gifts.

Mrs. Sharon Powell, the mother of Mr. Powell was there on behalf of the Powell family. Mr. Powell called in and addressed the shoppers over the store’s public address system. According to Ms. Stacy Dent of San Diego Unified Schools, who worked with Lincoln on this project, she and others were successful in getting the MTS
(Metropolitan Transit System) to donate a 40 passenger bus to carry families from Lincoln to the College Grove Walmart. 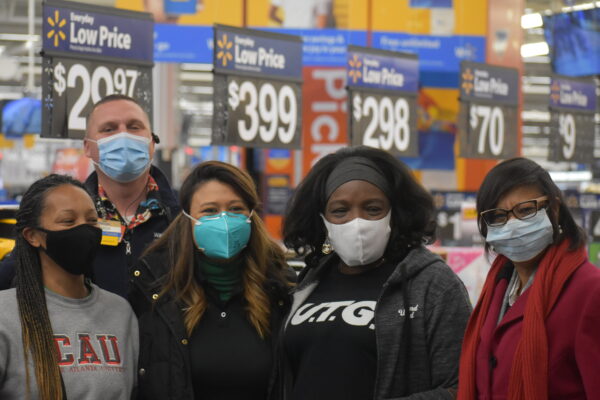 Mr. Powell is a 2011 Lincoln graduate. After graduation, Mr. Powell went on to become a star member of the UCLA men’s basketball team, graduating with a degree in history in 2015. Although Mr. Powell currently lives in Toronto, Canada and plays for the Toronto Raptor team, he remains committed to San Diego and seeks to inspire his fellow Hornets to stay connected and give back to where they came from, making a positive difference in the community. Each family was greeted by a team of workers giving gift packages and tee shirts to those arriving. It was a great event both days.