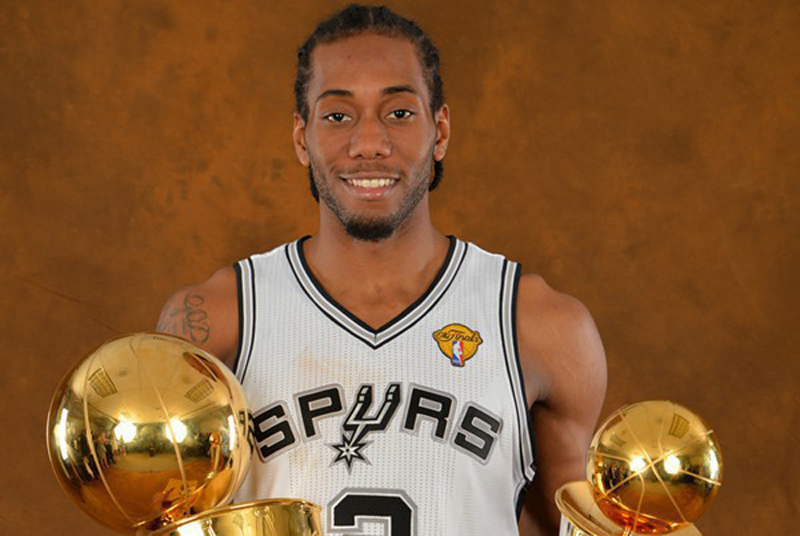 Kawhi (pronounced like the Hawaiian island) Leonard plays for the NBA’s San Antonio Spurs. In the age of Stephen Curry, many people forget about players like Leonard, even if they do command $94 million contracts.

Per the March 2016 Sports Illustrated, “he was named Finals MVP in 2014, captured Defensive Player of the Year in ’15 and this season seized the unofficial title of best two-way player in the NBA.”

If you don’t follow the Spurs, you may not be familiar with Kawhi Leonard. He doesn’t care, and it’s not false humility. He simply doesn’t go for the glitz and glamour and doesn’t feel the need to hog the spotlight. He just wants to play ball. In an interview with Sports Illustrated, Leonard explained, “I don’t like to bring attention to myself. I don’t like to make a scene….I could be on the court for two hours and it felt like 10 minutes. It made time go by.”

Don’t think that he plays ball because he can’t do anything else, though. Leonard loves math and spent two years at San Diego State University before he was selected as the15th overall pick in the 2011 NBA draft. And how have those math skills paid off? The Root notes that he “spends his summers in a two-bedroom apartment in San Diego…[and] drives a rehabbed ’97 Chevy Tahoe, nicknamed Gas Guzzler.” Why? He told SI, “It runs, and it’s paid off.”