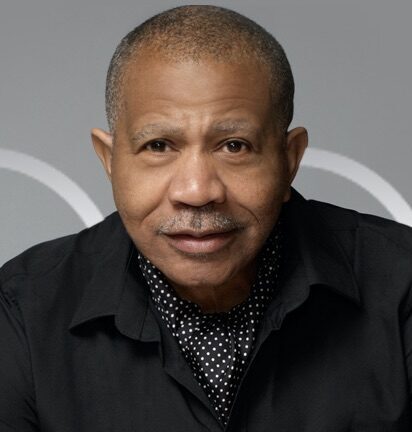 Lenny Williams launched his solo career in 1974 with “Pray for the Lion.” In April 2020, a full 46 years later, he’s still making records. His latest studio album, “Fine,” is his 18th. Few recording artists have shared Williams’ consistency and longevity.

Best known for his 1975 hit, “’Cause I Love You,” Williams has been sampled by top artists in the industry. Steve Harvey dedicated a segment in the hit comedy movie, “Kings of Comedy,” to Williams, highlighting the impact of the hit love song.

Today his delivery is as smooth and passionate as it was in the 1970s, and the accomplished R&B and soul singer has no plan to slow down.

Williams discussed the necessary adjustments he has made in order to remain relevant in the music industry his new album, “Fine,” the challenges that Covid-19 posed during the record’s release and his love of boxing.

Zenger News: You are very health conscious, and because of that you don’t age one bit. How are you keeping so fit and looking so young?

Lenny Williams: You know, it’s very important to me, because I know that all the statistics and all the research says if you’re healthy you live longer. It helps your mind fight Alzheimer’s and stuff like that. So physical fitness has always been very important in my life.

Zenger: I love the new album “Fine” for many reasons. I love the diversity of the album. I love that you gave us 15 songs. It just hits all the benchmarks for a great album. Did you intentionally make this a diverse album?

Williams: In a way I was trying to create a diverse album because I was working with Levi Seacer. Most of the songs I’ve done on the album, Levi produced. He was the bass player and the guitar player for Prince and the New Power Generation Band. He had played with Sheila E. and people like that. He was able to help me with making the album have a diverse sound. I really enjoyed that.

Zenger: You released this album in April, at the same time the country was shutting down and Covid was being taken very seriously. Did that affect the album and plans you had for the album?

Williams: Yeah, it definitely did affect it, that Covid virus. Because in terms of promotion and things of that nature, I haven’t been able to get out on the road to support the project or things like that. So I had to be like these youngsters in terms of employing some skills of using the Internet and things of that nature. That’s kind of been new territory for me. We’re learning on the job.

Zenger: Things are definitely different in terms of ways to get your music out now, as opposed to when you first came around. You use Instagram effectively and wisely. How have you learned to navigate the Internet and use it to your benefit?

Williams: I’m just feeling my way through it. I’m using my wife to help out. She’s pretty adept at it. I have a daughter that is a computer scientist so she helps some. I also have a grandson and he’s pretty good with it. Kids just kind of grow up with it, you know. He’s 17, so he helps me. We are just finding our way through it. We’re using the services of people we know that are referred to us. We don’t get into the negative aspect of it. We don’t even respond to any negativity. We haven’t had much negativity come our way, though.

Williams: It’s really interesting. We have been—when you say straddling the fence, that’s kind of how we’ve been doing it. I got some CDs made because of people in my age group. They still like their CDs. And then the younger crowd, or the crowd that’s kind of in the middle, they like going to Spotify and those various outlets and download it or stream it or whatever. We’re just adapting to the times. If you don’t get with it, you just get run over. We just have to do what’s happening. Progress just moves and you have to move with it or just get left behind. We are just adapting and going with the flow.

Zenger: Do you have a favorite track on this “Fine” album?

Zenger: “Southern Girl” is my favorite. I love that Southern soul sound. And “Say So” is another amazing song. But you are right, the entire album can be played with no skips.

Williams: It’s interesting to hear you say you like “Say So,” because that was our first single. We thought that we would successfully be able to have a hit with that. I think it would have been a gigantic single, but unfortunately it came out right with the Covid virus. We were moving up the charts and then they had the blackout day and certain things happened that stalled it. And radio is a difficult beast to conquer right now in this era, especially if you are an older artist. Just trying to navigate radio is a tremendous undertaking. But I’m not quitting. We are just going to keep on keeping on.

Zenger: Is there anyone you wanted to collaborate with that you have not had the opportunity to work with yet?

Zenger: “’Cause I Love You” has 56 million views on YouTube on a single search. To make a song released in 1975, and to still have it viewed so much and revered so much, that has to be an amazing feeling of timelessness.

Williams: Most definitely! It’s just amazing to sit here and think, I could just sit in my little music room back in the day, me and my friend, Michael Bennett. To sit at the piano and write that song. We actually did it twice. We did it on my first album after I left, Tower of Power. We did it on the Motown album, and it didn’t have the talking in it, and it was a little more up-tempo. It wasn’t fast but it wasn’t as slow as it is now. We went on the road singing it for about a year. Then we slowed it down and put the talking in it. And then I had left Motown and went to ABC Records and we put it out and, boom! It hit and it’s just amazing. I go do shows and I see people my age and their kids, their kids’ kids and their great-great grandkids and all of them know the words. It’s just mind-boggling and it’s humbling for sure.

Zenger: To capture that many generations is amazing. Also, with attention spans being so short now, for a seven-minute song to still be relevant is impressive.

Williams: It actually was longer than that. Frank Wilson my producer said, “We gotta leave some of this out,” (laughing). So, that’s kind of interesting. Everybody talks about the passion that’s in that song. And they say, “That girl must have really hurt you,” and I say, “Well, part of it is autobiographical and part of it is just seeing and listening and talking to friends when they have difficulties in a relationship.” And then another thing that happened is, the day I recorded it Andraé Crouch and Sandra Crouch, his twin sister, came to the studio. And I’m singing this song and here is the greatest gospel singers of that era just looking down my throat as I’m singing, so you know I had to dig deep. I had to try and impress Andraé. Get him to waive his hand, say hallelujah or something. So, that contributed to a lot of that passion in that song.

Zenger: I was always a huge Lenny Williams fan. Then I’m watching your TV One’s “Unsung” and discover you are a huge boxing fan, and that put you over the top for me. What made you gravitate to the sport and become a fan?

Williams: Yeah! I love boxing. When we came from Arkansas to California we moved to Oakland. We lived right in the back of the church. Right across the street from the church was the boxing gym, and right down the street from the church was the radio station. So my three loves, the church, boxing and radio, were all right there. As a kid I can just leave home and walk to each one of them. It was real interesting. When I was a teenager, I was in Boys’ Camp. At the gym one day this guy was up in the ring, and he’s just standing there. Everybody was in the gym, but nobody would get in the ring to box him. And I had never boxed before, but I had seen it. I been around it, watching the fights with my dad, and going over to the gym and watching it. I had grown up around it. I was like, “I could outbox him.” I don’t know what made me say that. I got in there and I was slipping punches. It was like it was a natural thing. And I beat the guy. Everybody was like, “Ah, you can box?” I had never been in a ring before. I just used to watch it for hours and hours. I guess by watching it I just absorbed it. I just became a big boxing fan and would go to the gym all the time, hit the bag and jump rope, and try to watch all the fights. As a matter of fact, I was working in San Francisco with a youth group and talking to the principal we noticed that most of the boys at lunch time would go to the park and smoke weed. So, we instituted a boxing program at the school. We would have the kids come down and teach them techniques and stuff. Devin Haney was actually one of the kids who we influenced back in the day.

Zenger: That’s awesome. Do you have a favorite fighter, past or present?

Williams: Floyd Mayweather without a doubt is my favorite current fighter, or fighter from this generation. I would say one of the greatest fighters of all time that I grew up watching is Sugar Ray Robinson. I got to be pretty good friends with Muhammad Ali. I met a lot of fighters. I actually got the chance to shake the hand of around 10 to 12 heavyweight champions. But right now I think Floyd Mayweather. A lot of people get surprised when I say that, but it’s called prizefighting and he’s won the biggest prizes. You definitely have to say that Floyd is the king of the hill for sure.

Zenger: I remember a picture surfaced with you and Sam Watson, and I wanted to reach out to Sam to get an interview with you. I’m glad I was able to find you and get it. This has been an honor.

Williams: Sam is my good, good friend. Al Haymon also. I used to work for Al back when he was doing music shows, back in the day. We were promoting music shows back in the ’70s and ’80s before he got into boxing. I love boxing. It’s my favorite sport. I try to sit around here and throw left hooks and jab a little bit. I got a heavy bag out there and a speed bag and I try to work on it every day.