Home State and Local Next Week, California Voters Could Get Rid of Cash Bail Statewide 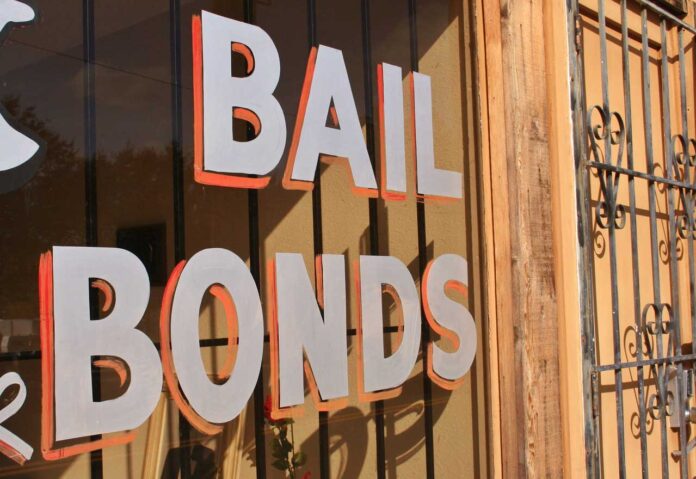 As cities across California take a closer look at unfair practices in the criminal justice system, Proposition 25 offers a statewide policy that could aid their efforts: getting rid of cash bail.

The ballot measure, which is based on SB 10, a bill former Gov. Jerry Brown signed into law two years ago, would replace cash bail with risk assessments for suspects awaiting trial.

Currently California uses a cash bail system that allows suspects to pay a cash bond to be released from jail with the promise to return to court for trial, at which point the cash bond is repaid. If Prop 25 passes, cash bail would be replaced with a risk assessment system that categorizes suspects as low risk, medium risk, or high risk, with suspects for misdemeanors exempt from needing a risk assessment.

Under the new system, suspects who are categorized as low risk and likely to appear in court – and are also a low risk to society — would be released from jail before trial, and those deemed high risk would remain in jail. The state Judicial Council would decide what the risk assessment tools would be, with the proposition mandating that “tools shall be demonstrated by scientific research to be accurate and reliable.”

The California Legislature approved SB 10 during the 2018 session, and former Gov. Jerry Brown signed it into law on Aug. 28 that same year. The next day, opponents filed a referendum to overturn the bill, which prevented the law from being scheduled to take effect in 2019. Opponents gathered enough support to move it to a 2020 ballot initiative, which means the decision to overturn or uphold Prop 25 now falls to voters on Election Day next week.

Supporters of Prop 25 argue that the cash bail system is inherently unfair, where wealthy people can pay their way out of jail and poor people with the same likelihood to appear or not appear for trial have to stay imprisoned. They say that the risk assessment system will make public safety the guiding factor to determine which suspects have to stay in jail before trial. They also argue that they system will allow more poor people to go free before awaiting trial, which would save money for local jails.

Supporters also argue that the cash bail system is deeply inequitable. They say that people who cannot afford bail are more likely to take a plea deal after months of sitting in jail while possibly losing their jobs and homes. Those who can afford it, can avoid or minimize jail time and be less impacted by the implications of their arrest.

“For years, California has proudly led the way on fundamental civil rights and criminal justice reform but, as we’ve witnessed firsthand across our country, there’s more we must do to root out racial inequity and structural bias and to embrace proven reforms that work. This November,

state voters will once again have the opportunity to make California a national leader in the unfinished fight for equity and justice,” said Newsom.

Opponents of Prop 25 argue that the risk assessment system could be potentially worse than cash bail, with a high possibility that racial profiling could be used in the assessment process. Also, they argue that implementing the system would be too expensive, as the proposition’s fiscal impact statement says it would cost “possibly in the mid hundreds of millions of dollars annually” for the new system.

Prop 25 is also opposed by the commercial bail bond industry, which would be disrupted if the proposition is passed. The American Bail Coalition organized the political action committee Californians Against the Reckless Bail Scheme that filed the veto referendum in 2018. Representatives of the bail industry argue that risk assessments are no better than cash bail, that they are potentially more costly and that more people who go free before trial may commit more crimes before trail.

“This legislation is a reckless attempt at changing the state’s bail system and is fundamentally bad for California. While we all agree that bail reform is necessary, this costly, reckless plan will use racially-biased computer algorithms to decide who gets stuck in jail and who goes free. That’s not right,” said Jeff Clayton, spokesperson for Californians Against the Reckless Bail Scheme.