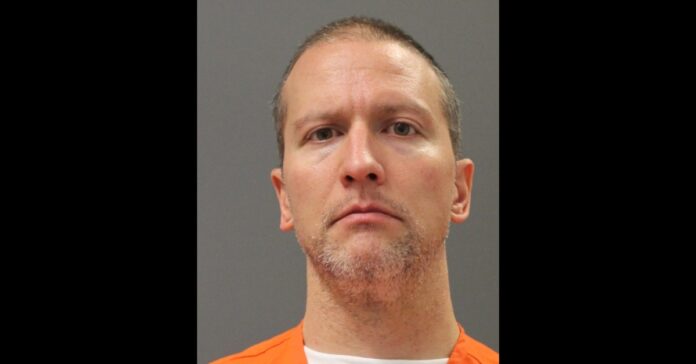 Derek Chauvin, the ex-Minneapolis police officer facing murder charges in the killing of George Floyd, was released from custody after posting $1 million bond.

The Hennepin County Department of Corrections confirmed on Oct. 7 that Chauvin posted the bond and walked out of the maximum-security Minnesota Correctional Facility in Oak Park Heights shortly after 11 a.m.

Chauvin initially was housed at the Ramsey County Jail in St. Paul before authorities transferred him temporarily to Hennepin County Jail.

Prior to his release, Chauvin was incarcerated at the Oak Park Heights prison.

Video of the incident showed Chauvin pressing his knee on the neck of a handcuffed and subdued Floyd for more than 8 minutes.

Three other officers stood by and did nothing as Floyd struggled to breathe and call out for his mother.

Hennepin County terminated each of them.

“Mr. Floyd was treated with particular cruelty,” prosecutors wrote in court filings. “Despite Mr. Floyd’s pleas that he could not breathe and was going to die, as well as the pleas of eyewitnesses to get off Mr. Floyd and help him, [Chauvin] and his codefendants continued to restrain Mr. Floyd.”

“Unfortunately, our constituents, especially constituents of color, have lost faith in the ability of Hennepin County Attorney Mike Freeman to fairly and impartially investigate and prosecute these cases,” Walz wrote in a letter explaining the appointment of Ellison, an African American.

Chauvin’s release from custody comes within weeks after a Grand Jury in Louisville, Kentucky, failed to indict police officers in the shooting death of Breonna Taylor, an African American woman who was sleeping in her home when officers served a late-night warrant.

The officers claimed that Taylor received mail at home for her ex-boyfriend, Jamarcus Glover, an alleged drug trafficker.

However, authorities never found proof of that claim, and police cited as evidence “a package” Glover allegedly left at Taylor’s apartment about two months earlier.

Glover was arrested and released after the March 13 incident.

When authorities re-arrested Glover in August, he told reporters he had nothing to do with what happened at Taylor’s apartment.

“The police are trying to make it out to be my fault and turning the whole community out here making it look like I brought this to Breonna’s door,” Glover stated.

“There was nothing … anything … ever there. They went about it the wrong way and lied on that search warrant and shot that girl.”

When officers broke in through Taylor’s front door, her boyfriend, Kenneth Walker, said he feared they were intruders because they didn’t identify themselves.

Walker, licensed to carry a weapon, fired a shot that hit one officer in the leg.

At the scene, police reigned a barrage of bullets into the apartment, hitting Taylor 8 times and killing her.

The NFL played “Lift Every Voice,” the Black National Anthem, at every stadium during its opening week.

In subsequent negotiations with the players, team owners agreed to several demands, including establishing a social justice coalition to focus on increasing access to voting, promoting civic engagement, and advocating for meaningful police and criminal justice reform.

The agreement also included NBA owners opening their arenas to serve as polling places around the country.

It was unclear who posted Chauvin’s bond.

Bail bond companies in Minnesota charge a non-refundable premium of up to 10 percent of the bond amount, meaning, at most, Chauvin needed $100,000.

A trial date for Chauvin and the other officers hasn’t been set.