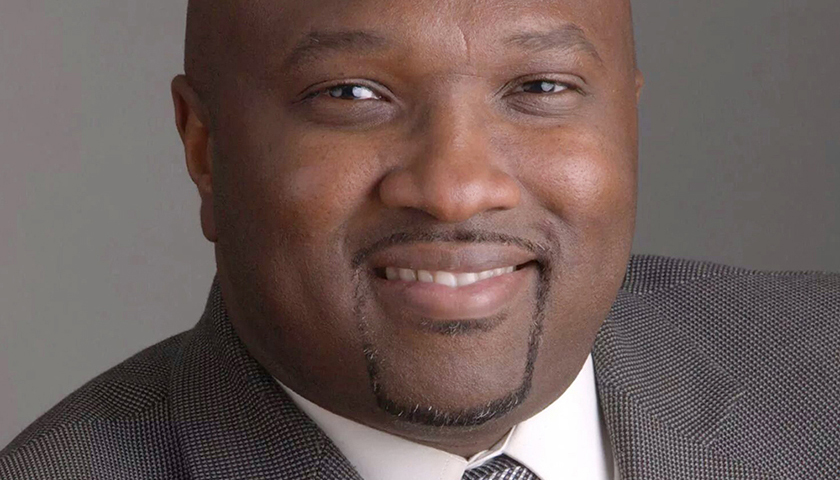 All you have to do is crack open a history book, or sit with one of our experienced elders, and you will learn about the many sacrifices made by people of all races in order to ensure Black people obtained the uninhibited right to vote.

No other group of people in America have benefited more from the sacrifices made by so many people who fought, bled and died fighting for our freedom and the right to vote, as Black people have.

The freedom Black Americans experience today came with a significant price tag attached to it, and that freedom has definitely not been free. So much blood has been shed, and so many lives have been lost—all for our freedom and for the precious right to vote.

In fact, if you add up the number of Americans who died in World War I, World War II, the American Revolution, the War of 1812, all of the wars with the Indians, the Mexican-American War, the Spanish-American War and the Korean War, that number would not be as large as the total number of people who died alone in the Civil War fighting to end slavery.

After the Civil War, many Whites migrated from the North to the South in order to help Black people thrive in the new Reconstruction governments. Many of those White abolitionists ran for political office and won. Several Black men were also elected to the U.S. Congress and the South even elected some Black senators. These political gains and the progress made by Black people, as a result of the Reconstruction governments in the South, angered many Southern Whites.

Confederate Army supporters like Lieutenant General Nathan Bedford Forrest, and others, made up in their minds that if they wanted to re-establish control and dominance over Black people in this country, then they would have to stop Black men from voting by any means necessary.

Nathan Bedford Forrest and several of his colleagues helped form the Ku Klux Klan (KKK), where he served as the first Grand Wizard. The Klan wore white robes and pretended to be the ghosts of dead Confederate soldiers in order to strike fear into the hearts of anyone, they encountered. Members of the Klan did not want to be recognized, so they wore hoods to cover their faces, primarily, because many of the members of the Klan were prominent citizens and local authority figures.

At night, the Klan would hang signs warning Black people not to vote and threatened to kill any Black man who voted. To further frighten Black voters, the Klan would gather together in their costumes and place a large wooden cross in front of a Black man’s home and set it on fire. This served as a warning to any Black man who decided to vote in the next election. If a Black man defied the Klan and refused to adhere to their warning, he was lynched from a tree so everyone in the city would see him and have second thoughts about attempting to vote in future elections.

The Klan quickly grew across all Southern states and Black people were vulnerable to this heinous activity and their vicious attacks. Due to the constant harassment and brutal killings by the Klan, Blacks began to slowly dismiss voting. As a result, Black people began losing political representation, as well as the political advancements they gained during Reconstruction. As time progressed, future generations of White Americans began to slowly forget the struggles of Black people and were not as vocal or as dedicated to the plight of Black people in the South as they had been in the past.

If you fast-forward in the history books, you can see that Black voter intimidation and Black voter disenfranchisement continued well beyond the blatant actions of the Klan. State governments in the South joined the party and began passing sweeping new sets of laws called “Jim Crow” and those laws were designed to separate White people from Black people.

All in all, this blatant form of voting disenfranchisement has significantly impacted the well-being and livelihood of Black people for centuries.

So, why has it been so important for other people to make it difficult for Black people to vote?

More importantly, those who seek to disenfranchise Black people from the voting process know that voting is so powerful that those in political positions of power are able to direct necessary and critical resources to select areas.  They are also able to ensure that select people are appointed to key positions.

Nearly everything that impacts our daily lives, in some way, is influenced by an elected official or someone who is appointed by them. These elected officials draft policy, introduce legislation, and vote on bills, that eventually become laws.

It doesn’t matter whether you believe your vote matters or not—and it most certainly does—you will have to adhere to any law voted on by those who’ve been elected to represent you. There is absolutely no level of complaining or reactionary response that will change that.

There are no acceptable excuses when it comes to voting. Either you do it or you reap the consequences. Engaged citizens must seek to understand politics if they wish to better understand the impact of the laws and decisions that politics produce.

I can only wonder, however, if many of our political martyrs, who sacrificed their very lives for the right to vote that we should all appreciate today, are flipping over in their graves as they look upon much of our squandered voting potential and overwhelming collective political apathy.

Maybe this election cycle will prove to be different, however.  At least I hope it will.

Jeffrey L. Boney serves as Associate Editor and is an award-winning journalist for the Houston Forward Times newspaper. Jeffrey has been a frequent contributor on “The Nancy Grace Show” and “Primetime Justice with Ashleigh Banfield.” Jeffrey is a radio personality and a dynamic, international speaker, experienced entrepreneur, business development strategist and Founder/CEO of the Texas Business Alliance. If you would like to request Jeffrey as a speaker, you can reach him at jboney1@forwardtimes.com. Follow Jeffrey on Twitter @realtalkjunkies.