Concerned residents and community leaders gathered to have a conversation on solutions to sex trafficking at Bayview Baptist Church on Saturday, Feb. 8, 2020. The conversation was led by Armand King, the CEO of Paving Great Futures, a nonprofit organization that works with at-risk youth and young adults in the San Diego area. Defense attorneys and educators were joined by city mayoral candidates and members of the San Diego chapter of the NAACP at the meeting. 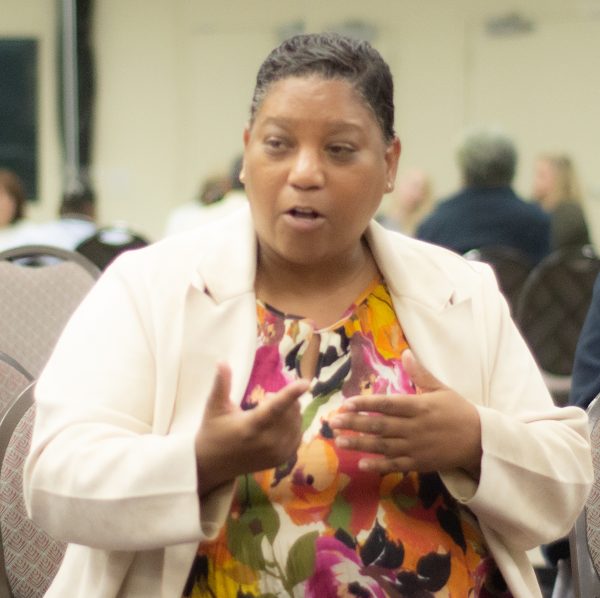 The discussion focused on the redirection of youth and solutions that can prevent minors from exploitation. Inner-city youth are easily lured into this toxic lifestyle, which could lead to death or lifetime incarceration.

“It’s glorified in music and media. This narrative of human sex trafficking is painting a picture of African-American men to be monsters,” King said. “I don’t condone pimping or prostitution. We need to have these conversations. I would like to work on prevention,” he said.

The conversation was the first of many and a step in the right direction, according to Jaimee Johnson, COO of Sisters of the Streets, a San Diego-based nonprofit organization who collaborated in the discussion. The organization advocates for women and young girls who have been sexually exploited.

Said mayoral candidate Tasha Williamson, “We need to continue to have conversations like this, and bring government in. They invest in what they value.”

Francine Maxwell, the president of the San Diego branch of the NAACP said she learned a lot from the conversation. “Having defense attorneys in the room made it extra special,” she said.

Sex Traficking and it’s impact on people of color is a conversation that needs to continue. Prevention starts with knowledge and understanding to solve one of many problems in our community.