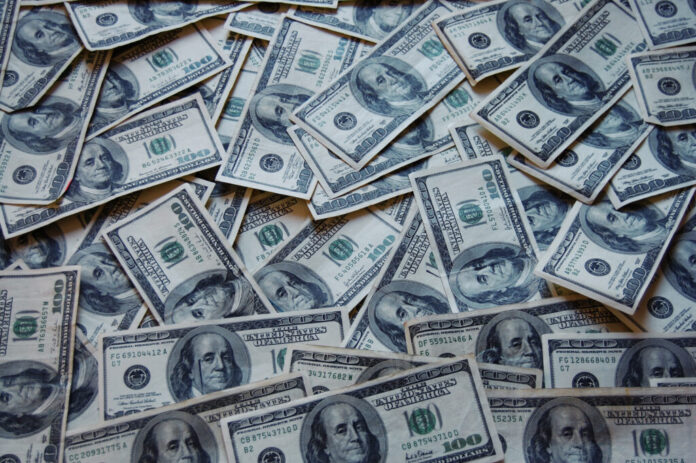 The $5.8 trillion proposal, a wish list of administration priorities, aims to reduce America’s growing deficit over the next ten years while raising military spending and aiding domestic programs.

The $5.8 trillion proposal, a wish list of administration priorities, aims to reduce America’s growing deficit over the next ten years while raising military spending and aiding domestic programs.

The President believes the plan would reduce by $1 trillion America’s fiscal deficit.

“Budgets are statements of values, and the budget I am releasing today sends a clear message that we value fiscal responsibility, safety and security at home and around the world, and the investments needed to continue our equitable growth and build a better America,” the President said in a statement.

Overall, the administration said the budget would cut costs for families, expand the economy’s productive capacity, and reduce the deficit.

“The Fiscal Year ‘23 budget builds on this solid economic growth. It is a continuation of President Biden’s commitment to address longstanding issues in the economy and make investments that will ensure strong, sustainable growth that benefits all Americans,” Shalanda Young, the director of the Office of Management and Budget, stated.

“First, the budget is fiscally responsible. Thanks to the American Rescue Plan, the economy recovered faster in 2021 than expected. Revenues are up,” Young asserted.

Young noted that by reducing the deficit by more than $1.3 trillion this year, the administration had accomplished the largest-ever one-year decline and less than half of the 2020 deficit Biden inherited from Donald Trump.

“This progress was not an accident. It was a direct result of the President’s strategy to combat the pandemic and grow our economy from the bottom up and the middle out — a strategy that was built on smart, fiscally prudent investments that helped jumpstart our recovery” Young asserted.

“And we’ve seen that strategy pay off. In 2021, we created more than 6.5 million jobs — the most our country has ever recorded in a single year,” Young continued.

“Our economy grew at 5.7 percent — the strongest growth in nearly 40 years. And the unemployment rate has fallen to 3.8 percent — the fastest decline in recorded history. The budget outlines the President’s vision to expand this progress.”

The budget contains about $1 billion in additional assistance for Ukraine and $6.9 billion for the European Defense Initiative, NATO, and countering Russian aggression.

“We applaud President Biden for proposing significant increases in discretionary spending for our federal agencies, which have been starved of resources for too long,” American Federation of Government Employees National President Everett Kelley said in a statement.

“TSA officers have been relegated to second-class status in the federal workforce in terms of pay and union rights, and this budget proposal aims to rectify those unconscionable disparities.”

“We’re also pleased by the proposed funding increase at the Bureau of Prisons to address critical staffing shortages at federal prisons across the country by hiring front-line correctional officers and additional staff.”