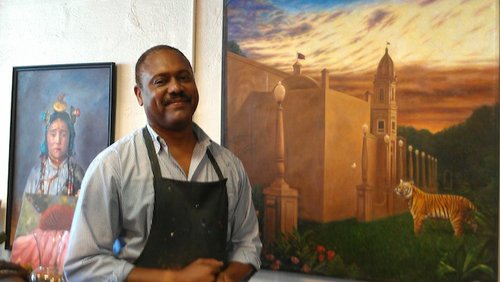 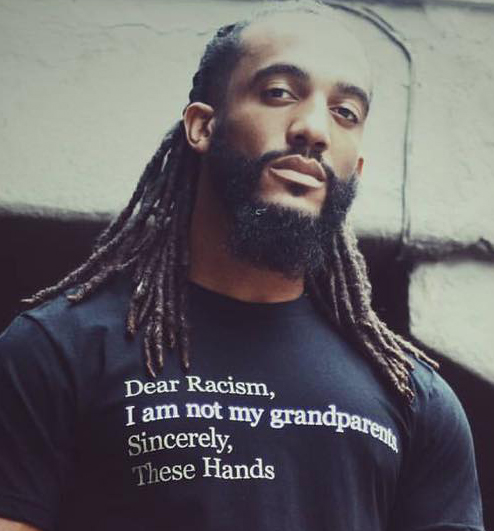 Pictures may be worth a thousand words, but a painting will immortalize you. San Diego based painter Andrea Rushing is well aware of the power a painting holds. He currently utilizes his talents at the Andrea Rushing Academy of Art in Barrio Logan to empower others as an educator and a reality changer for the subjects he paints.

Rushing is currently working on a special collection of paintings for an exhibition in Atlanta, GA this July. He selected young black men from the San Diego community and created portraits depicting them as Moors, Africans who ruled Spain for 800 years and were credited for taking Europe out of the dark ages educating them in agriculture and astronomy.

“I wanted to educate African Americans and the world on our complete history,” said Rushing. “These paintings started out with that concept and with our present climate, I think we need them more than we ever did. Unfortunately, much of our reality is reflected off of white people and how they see us. We don’t look at ourselves often enough and value ourselves as we should.”

One of Rushing’s more emotional pieces in the collection features Calvin Harrison, former gold medal winner in the 2000 Olympic Games. Harrison’s wife took an art class with Rushing and Calvin became a subject shortly after. In the painting, Harrison is depicted in a green robe carrying a burning staff with army of other men behind him. The twist, however, is that the faces of the men behind Harrison are all black men who were killed by police. 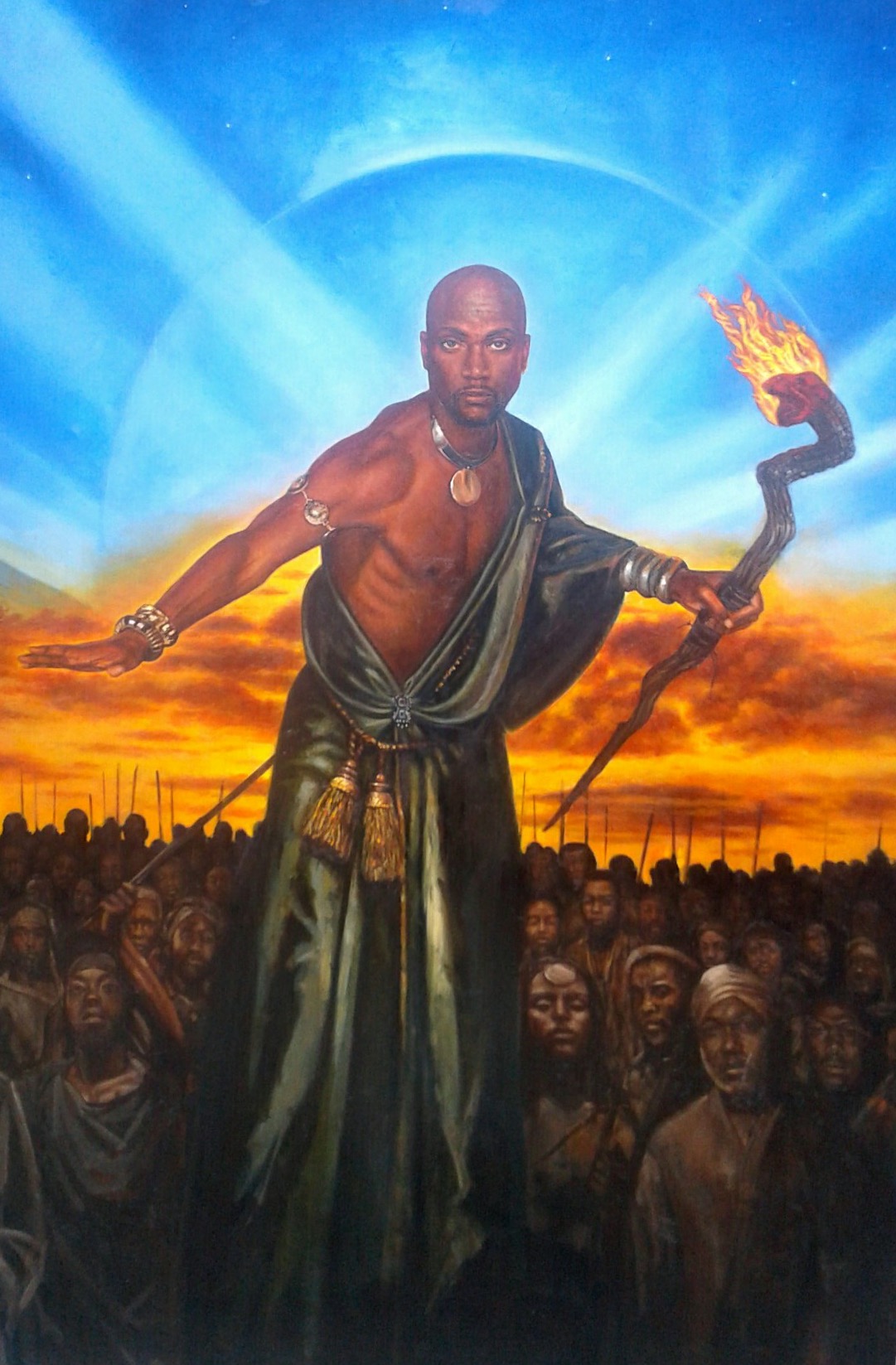 Another painting in Rushing’s collection features Ramel Wallace, founder of ThChrch in Barrio Logan. Wallace is depicted in a regal side view dressed in classic Moor attire. 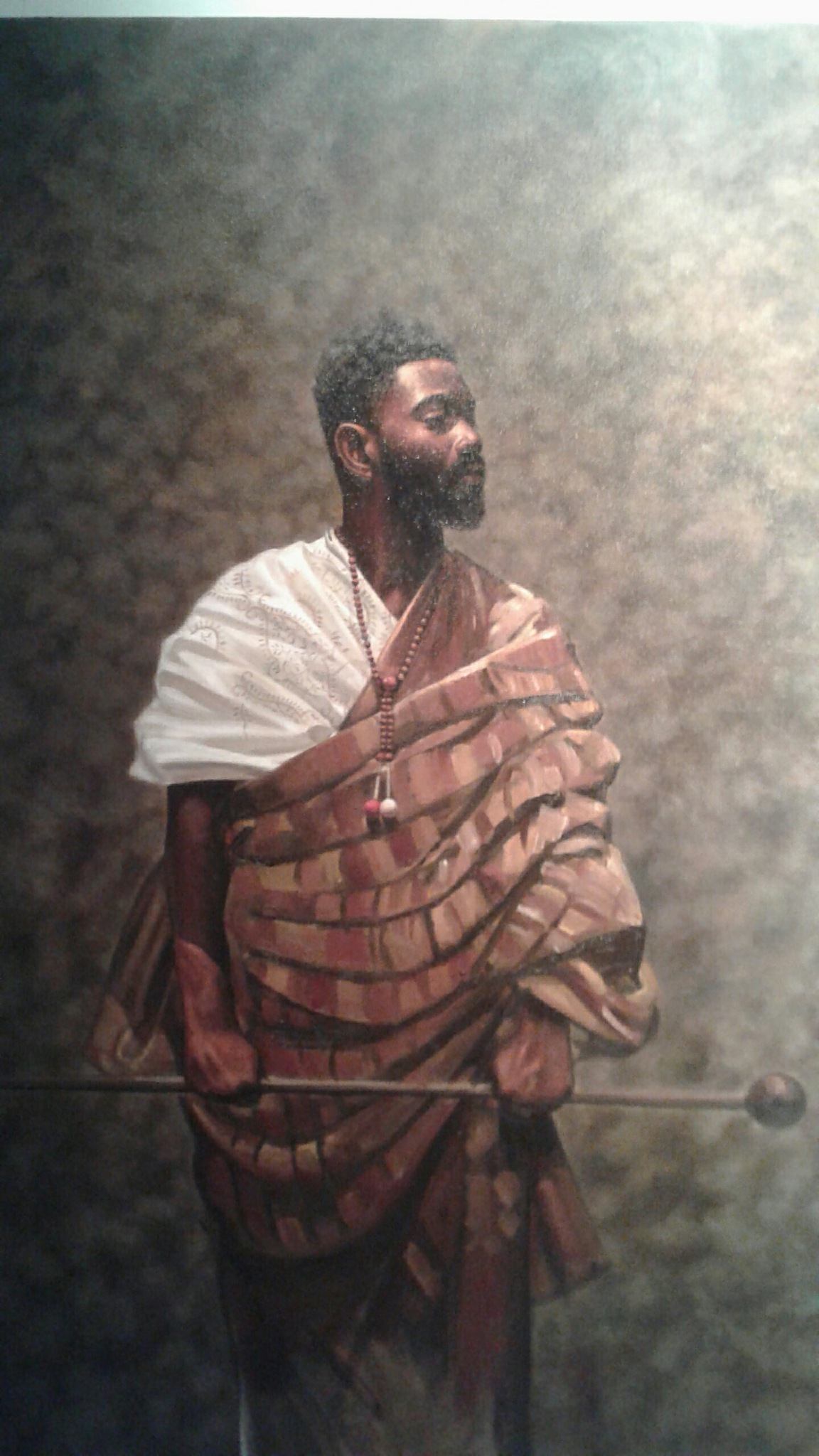 “I was scared to see how powerful it was,” said Wallace. “It’s an overwhelming feeling seeing yourself portrayed as a king. The day Andrea immortalized me was one of the most empowering experiences that I have ever been through. I think every black child should experience this in order to get connected to their linage and the luxury associated with it.”

Rushing, a Norfolk, Virginia native, was raised in an environment where African American history was very important. His parents and the knowledge rich culture in the area supported his development intellectually and planted the seed for his current collection of work.

“I see the eternal self in people when I look at them. I see who they’ve always been,” said Rushing. Ideally the exhibit should shift their consciousness to see black men in a different way. I’ve seen it happen when people see these paintings before.”

This work is continued in the Andrea Rushing Academy of Art.

The academy, located on 2148 Logan Ave, is a treasure trove of artistic brilliance. Descending the steps leading to the underground studio where his art classes are held felt like a time machine to an era when black was regal. The faces in his paintings exude confidence and pride while the backdrops and realistic detail utilized are more than pleasing to the eye.

Rushing handles painting instruction for the academy while two other in house artists teach drawing and watercolor for all levels of artistic interest.

“Anybody can learn how to build a painting,” said Rushing. “It’s a mechanical thing. I get quite a bit of success from it. This is San Diego’s art center here in Barrio Logan so I figured I’d move down here and be part of it.”

Rushing’s journey in the arts began when he was 14. He credits a mixture of talent and a stubborn nature to his development as a painter. The Navy brought him to San Diego 30 years ago and Rushing refined his skills at college in San Francisco. His profile in San Diego is continuing to expand. Along with the academy, Rushing has a mural featured at UCSD sponsored by the Black Student Union.

All of his years in the arts has inspired Rushing to give back to other youth looking to begin their journey as well. In a partnership with Via International, Rushing identifies youth with artistic talent and gives them scholarships to his academy so they can build their resumes for college.

Looking ahead, Rushing plans to host an exhibit in San Diego displaying his work for the Atlanta showcase. He also plans to expand the academy and continue to educate the community and the world of the rich history of African Americans.

“I want to grow artistically and get the rest of world to know me so I can uplift and make as many people better as I can,” said Rushing.

To learn more about the Andrea Rushing Academy of the Arts, visit their website at www.sandiegoartacademy.com