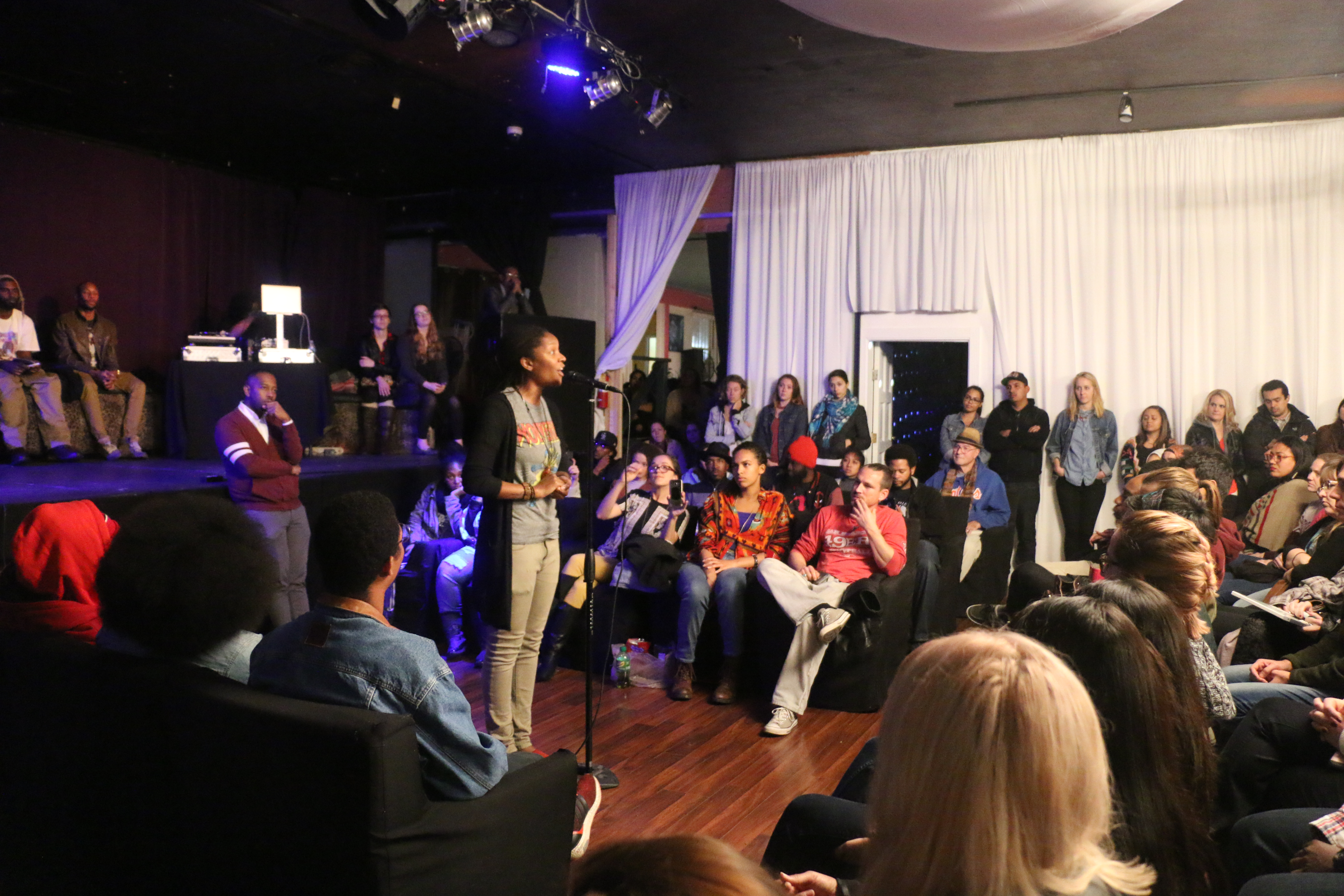 It was business as usual last night for the fastest growing poetry slam in existence. Another packed house of 300 plus filed in to Queen Bee’s Art and Culture Center in North Park to witness the monthly poetry slam.

Poets are competing for the opportunity to preform in the Grand Slam occurring in April.

Natasha Hooper took first place in the slam, earning her 5 points towards competing in the Grand Slam. Natasha was a member of the 2016 slam team and is establishing herself on the national scene touring out of state. Konstant Be took second followed by Ali Majed, Amen Ra and Mario DeMatto finished out the top five.

The next slam will take place on Monday, February 13th. Doors open at 8 but early arrival is strongly suggested.