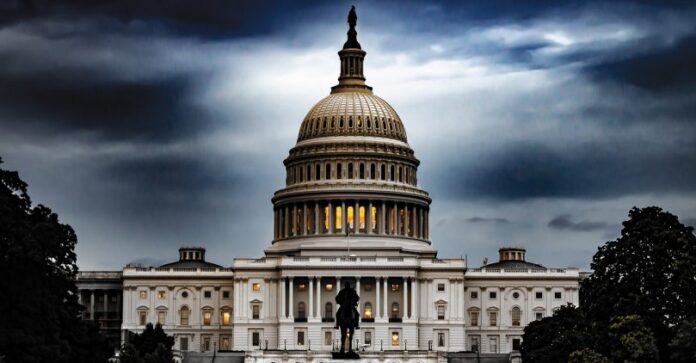 The Senate on Tuesday, August 10, passed one of President Joe Biden’s most ambitious pieces of legislation, a $1 trillion bipartisan infrastructure package.

The bill, which now must pass the House, counts as the largest federal investment in America’s public works system in more than 10 years.

According to the Brookings Institution, from 2007 to 2017, total public spending on infrastructure fell by $9.9 billion in real terms.

“While federal, state, and local governments have spent nominally more on infrastructure in recent years, the rising cost of materials has reduced their real spending power. As a result, real infrastructure spending nationally has fallen over the past decade, from $450.4 billion in 2007 to $440.5 billion in 2017,” Brookings researchers wrote in a report.

The Senate-passed infrastructure bill encompasses each part of the American economy and should strengthen the United States’ global warming response.

Aging public works projects around the nation would receive hundreds of billions of dollars for repairs and replacements.

The President initially sought more than $2 trillion, but the White House said the paired down plan still addresses major problems including American roads and transit.

“This dire warning from the world’s scientists comes as the Senate is preparing to vote on an infrastructure bill that utterly fails to meet the scale of the climate crisis,” the always outspoken congresswoman argued.

“Reconciliation is now our country’s best chance to help stop the worst effects of climate change,” she concluded.

It’s the reconciliation process that Democrats are eyeing to push through a $3.5 trillion budget blueprint that includes more aid to protect the environment.
The budget plan also would expand Medicare coverage to dental, vision and hearing benefits.

It would lower Medicare’s eligibility age below its current 65, and expand the child tax credit beyond 2022, meaning the $300 monthly checks would continue.
The budget also includes tax breaks for low-wage earners and for childcare.

The package provides funding for health care, climate change, education, and it would increase taxes on corporations and those considered wealthy.
It helps secure universal education for children three and four years old and makes community college free for two years.

If passed, the budget plan would increase the Pell Grant award, and invest in Historically Black Colleges and Universities, other minority-serving institutions, and tribal colleges and universities.

The bill also would accomplish a major goal of the Biden-Harris administration, installing the first federally paid family leave program.

Funds also are earmarked for home health care, housing, job training, child nutrition, and to reduce the cost of health insurance and medication.

Investments would go toward green and sustainable housing, production and housing affordability, and workforce development. Also, millions of immigrant workers and families would gain a path to citizenship and the government would make “the largest one-time investment in Native American infrastructure projects,” a White House official stated.

It’s expected that Democrats will employ the reconciliation process, avoiding a GOP-led filibuster.