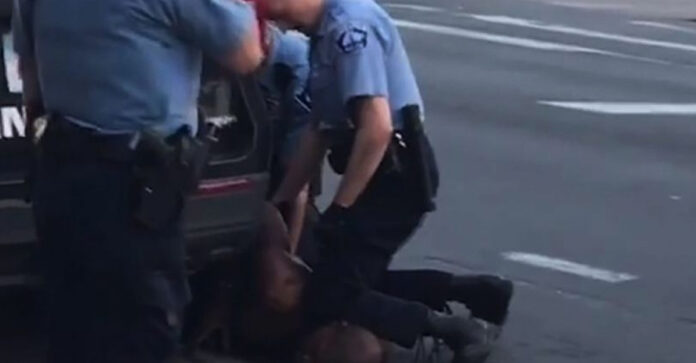 Sen. Cory Booker (D-N.J.) and Sen. Tim Scott (R-South Carolina) called off the talks. No further discussions are in the works.

Talks to enact the George Floyd Justice in Policing Act were halted on Wednesday after a bipartisan Senate negotiations team announced it failed to reach a deal.

Sen. Cory Booker (D-N.J.) and Sen. Tim Scott (R-South Carolina) called off the talks. No further discussions are in the works.

“Unfortunately, even with this law enforcement support and further compromises we offered, there was still too wide a gulf with our negotiating partners, and we faced significant obstacles to securing a bipartisan deal,” Sen. Booker stated.

Lawmakers had worked toward a measure following the police murder of George Floyd in May 2020.

Optimism about a deal peaked in April when a jury convicted former Minneapolis Police Officer Derek Chauvin of Floyd’s murder.

Floyd’s killing led to global protests and corporate awareness of the call that Black lives matter.

The bill sought to lower the criminal intent standard to convict a law enforcement officer for misconduct in a federal prosecution.

In addition, the measure would limit qualified immunity as a defense to liability in a private civil action against an officer, and it would grant administrative subpoena power to the Department of Justice in pattern-or-practice investigations.

Notably, the measure establishes a framework to prevent and cure racial profiling by law enforcement at the federal, state, and local levels.

It restricts the use of no-knock warrants, chokeholds, and carotid holds.

“On behalf of the families of George Floyd and so many others who have been impacted by police violence, we express our extreme disappointment in Senate leaders’ inability to reach a reasonable solution for federal police reform,” Civil Rights Attorney Ben Crump wrote in a statement.

“In the last year and a half, we have witnessed hundreds of thousands of Americans urging lawmakers to bring desperately needed change to policing in this country so there can be greater accountability, transparency, and ultimately trust in policing,” Crump continued.
“People – including many police leaders – have raised their voices for something to change, and partisan politics once again prevents common-sense reform. We cannot let this be a tragic, lost opportunity to regain trust between citizens and police.

“We strongly urge Democratic senators to bring the George Floyd Justice in Policing Act to the floor for a vote so Americans can see who is looking out for their communities’ best interests and who is ready to listen to their constituents so we can together put the country on a better, more equitable path for all.”