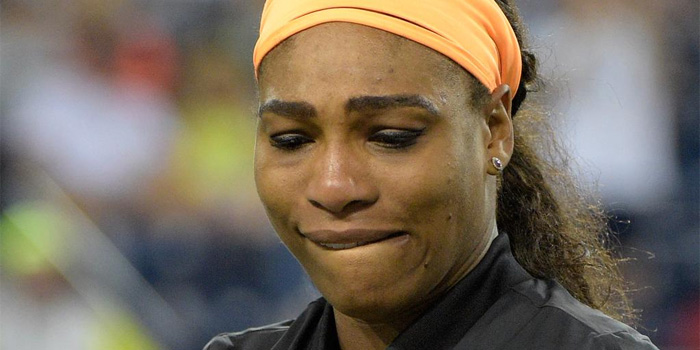 A tearful Serena Williams made a triumphant and victorious return to Indian Wells on Friday night, receiving a standing ovation from American-flag waving fans upon her entrance to Stadium Court and after her eventual victory, 14 years after she last played at the prestigious California tournament. In an uneven match filled with unforced errors, shouts and blown opportunities, the world No. 1 defeated No. 68 Monica Niculescu 7-5, 7-5. As would be expected in a match 14 years in the making, both players appeared nervous and tight throughout.

The emotion began early. During the pre-match introductions, Serena took off her headphones as her name was announced. When she heard the ovation and saw the crowd on their feet, she began crying while unpacking her tennis bag. At various times during the match she showed just as many feelings, screaming after hitting winners and concluding the first set with as vigorous fist pump as you’ll ever see.

VIDEO: Rashard Brooks and the Tale of Two Police Officers and Officer Discretion