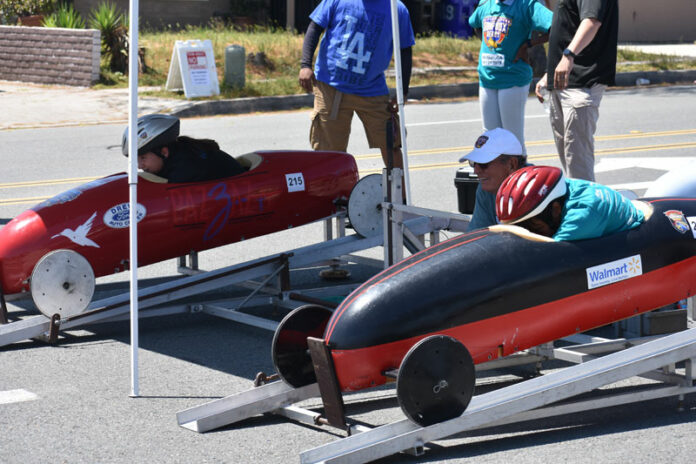 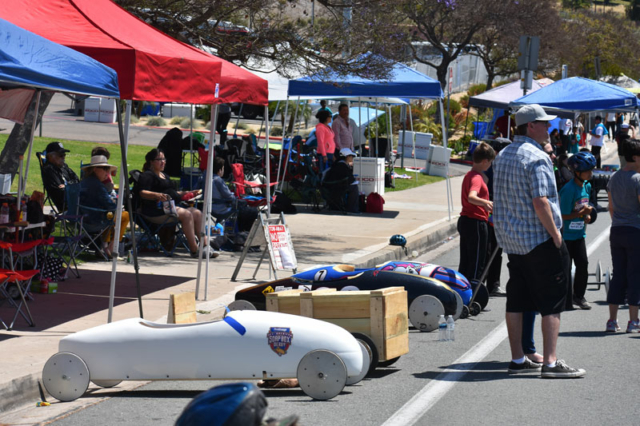 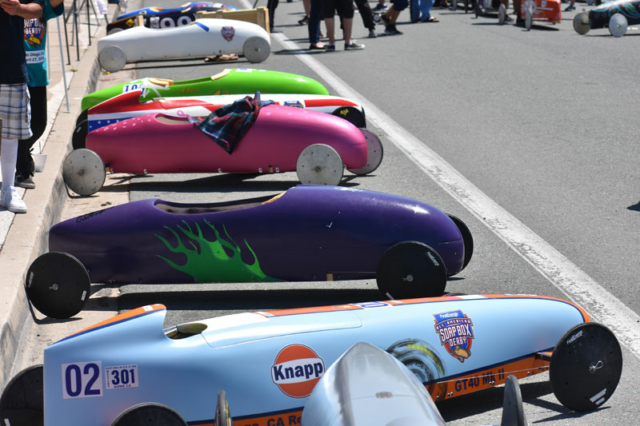 In early May 2019, the Pazzaz organization co-sponsored a SoapBox Derby on Skyline in front of the O’Farrell School of the Performing Arts. The event brought out parents, kids and their cars. The sidewalk was lined with tents and chairs along the downhill stretch established for the cars.

The cars ran the downhill track in numbers of two at a time as the cars coasted according to their design, with no engine power.

The original idea for the SoapBox came from a Dayton, Ohio newsman named Myron Scott. He came across a group of boys racing their homemade cars in the summer of 1933, and was so impressed that he not only got the copyright to SoapBox Derby and set out to find national corporate sponsorship to make a national program. Few if any of the participants probably know the history of this event or how in 1936 Chevrolet and a journalist in Akron, Ohio decided to create a permanent race trap which was built with the help of the Works Progress Administration ( WPA) and became known as Derby Downs.

Further SoapBox Derby races are scheduled in San Diego later this month.
Unlike many news organizations, Voice & Viewpoint delivers content that matters to you. Help us keep it that way by making a generous donation for as low as $2. Your support will fund local, investigative journalism for the community, by the community.