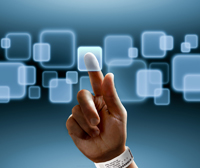 Adolescents with chronic diseases (ACD), such as cystic fibrosis, gastrointestinal disorders (including Crohn’s disease) and Type 1 diabetes, often find the transition of managing their health care needs into adulthood to be challenging. Preparations for this transition are often clinic-based, costly and do not fully or effectively engage with this patient population. A new study by researchers at the University of California, San Diego School of Medicine found the answer to developing independent, self-management skills in ACD could be right at the patient’s fingertips.

The study is published in the June issue of Pediatrics.

Eighty-one patients, ranging from 12-to-20-years-old, participated in the eight-month study. Those assigned to the intervention group received an Internet and mobile phone system. Patients were asked to use a secure web site weekly to receive theme-based materials and lifestyle tips. Automated text messages were also sent three to five times a week to help patients perform a variety of tasks, such as monitoring symptoms, keeping appointments and interpreting medical bills.

“Parents usually take a leading role when treating adolescents with chronic disease, but we want teenage patients to have a voice and become advocates for their own health,” said principal investigator Jeannie Huang, MD, with the Department of Pediatrics at UC San Diego School of Medicine and Rady Children’s Hospital-San Diego. “The goal of the program is ultimately to improve communications between affected teens and their doctors.”

Huang said poor transition experiences are commonly reported among ACD and have been linked to an increase in mental health and psychosocial issues.

“By communicating using technology in a secure way, we are meeting these patients where they are and becoming more intimately involved in their health care journey and preparation into adulthood,” said Huang.

Participating patients had access to a texting communication system that allowed them to report health concerns via text messages directly sent to the patient’s health care team. Huang said this feature resulted in one patient in particular accessing timely emergency care when he might otherwise not have or would likely have waited until his condition had dramatically declined.

“The study found patients were communicating more with their physicians via text message and phone, and health care providers were utilizing the technology to start a productive dialogue with young patients and triage in an innovative way,” said Huang. “In prior patient interviews, we found that advice given via a technology-based intervention appeared to be better tolerated. Patients felt they weren’t being judged when reporting issues by technology rather than in person.”

The study also resulted in no adverse events, no confidentiality breaches and showed that patients reported better self-efficacy and confidence in managing their own health care issues.

Huang notes that the use of technology embedded within a medical program provides a low-cost alternative for intervention in at-risk populations distributed across time and geography and is independent of the clinic setting.
“We hope to do further studies to understand how to keep this momentum going and continue to empower adolescents as they enter the next phase of their life while managing their disease,” said Huang.

This research was supported by the National Institutes of Health (grant 1 RC1 MD004721).