Trailblazer was a word used by many to mourn the passing of actor Nichelle Nichols, who died Saturday, July 30, at age 89. Nichols broke barriers for Black women in Hollywood when she played communications officer Lt. Uhura on the original “Star Trek” television series, and paved the way not just for future television actors of color but astronauts as well.

By The Associated Press

Tributes from fellow actors poured in on social media. Her “Star Trek” co-star George Takei said he would have more to say soon but that his heart is heavy. Celia Rose Gooding, who plays Uhura on the current “Star Trek” wrote that, “She made room for so many of us.

“I am so sorry to hear about the passing of Nichelle. She was a beautiful woman & played an admirable character that did so much for redefining social issues both here in the US & throughout the world. I will certainly miss her. Sending my love and condolences to her family.” — William Shatner, “Star Trek” co-star, via Twitter.

“A remarkable woman in a remarkable role. Nichelle, you will be deeply missed. Sending much love and respect.” — J.J. Abrams, who directed 2009’s “Star Trek” reboot and its 2013 follow-up “Star Trek Into Darkness,” on Twitter.

“I shall have more to say about the trailblazing, incomparable Nichelle Nichols, who shared the bridge with us as Lt. Uhura of the USS Enterprise, and who passed today at age 89. For today, my heart is heavy, my eyes shining like the stars you now rest among, my dearest friend.” — George Takei, Nichols’ “Star Trek” co-star who played Sulu, on Twitter.

“She made room for so many of us. She was the reminder that not only can we reach the stars, but our influence is essential to their survival. Forget shaking the table, she built it.” — Celia Rose Gooding, who plays Uhura on “Star Trek: Strange New Worlds,” on Twitter.

“Nichelle Nichols was The First. She was a trailblazer who navigated a very challenging trail with grit, grace, and a gorgeous fire we are not likely to see again. May she Rest In Peace.” — Kate Mulgrew, “Star Trek: Voyager” cast member, on Twitter.

“Before we understood how much #RepresentationMatters #NichelleNichols modeled it for us. With her very presence & her grace she shone a light on who we as people of color are & inspired us to reach for our potential. Rest well glittering diamond in the sky.” — Wilson Cruz, “Star Trek: Discovery” actor, on Twitter.

“Our nation is forever indebted to inspiring artists like Nichelle Nichols, who show us a future where unity, dignity, and respect are cornerstones of every society.” – President Joe Biden, statement from the White House. 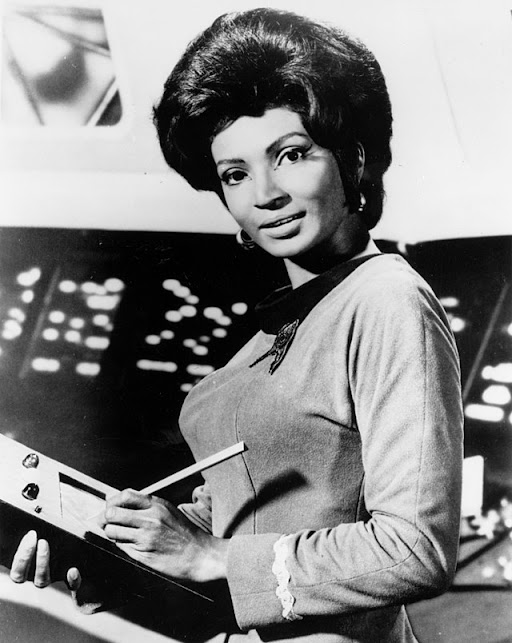 “Many actors become stars, but few stars can move a nation. Nichelle Nichols showed us the extraordinary power of Black women and paved the way for a better future for all women in media. Thank you, Nichelle. We will miss you.” — Lynda Carter, “Wonder Woman” star, on Twitter.

“Godspeed to Nichelle Nichols, champion, warrior and tremendous actor. Her kindness and bravery lit the path for many. May she forever dwell among the stars.” — Stacey Abrams, politician, on Twitter.

“Nichelle Nichols told us that we belonged in outer space. We are limitless. The heavens have gained an Uhura today.” — Colman Domingo, actor, on Twitter. 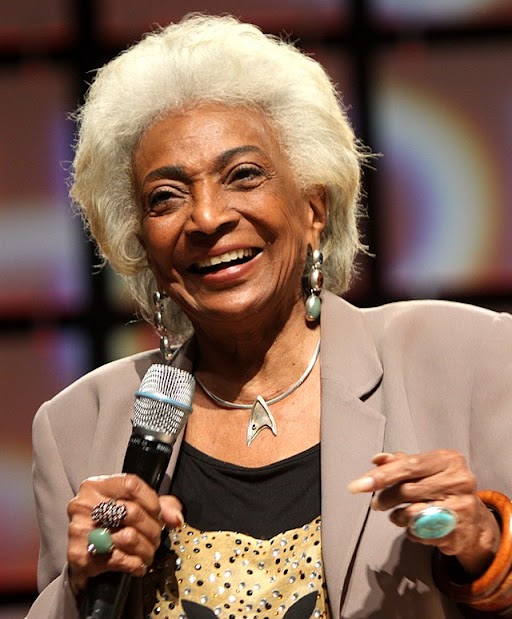 “My love for the original Star Trek is profound. Nichelle Nichols was a ground-breaker and a glorious ambassador for her show, her role and science all her life. And a truly lovely person. May she have a wonderful adventure to the final frontier.” — Jason Alexander, actor, on Twitter.

“Nichelle was a singular inspiration. She’s the one who really opened my eyes to what ‘Star Trek’ is and can be. I can’t tell you how many people have told me she’s the reason they became… an astronaut, a scientist, a writer, a linguist, an engineer… it goes on and on. We stand in her light and honor her today and every day. Thank you, dear Nichelle, for leading the way.” — Alex Kurtzman, the executive producer in charge of the Star Trek Universe, via Twitter.