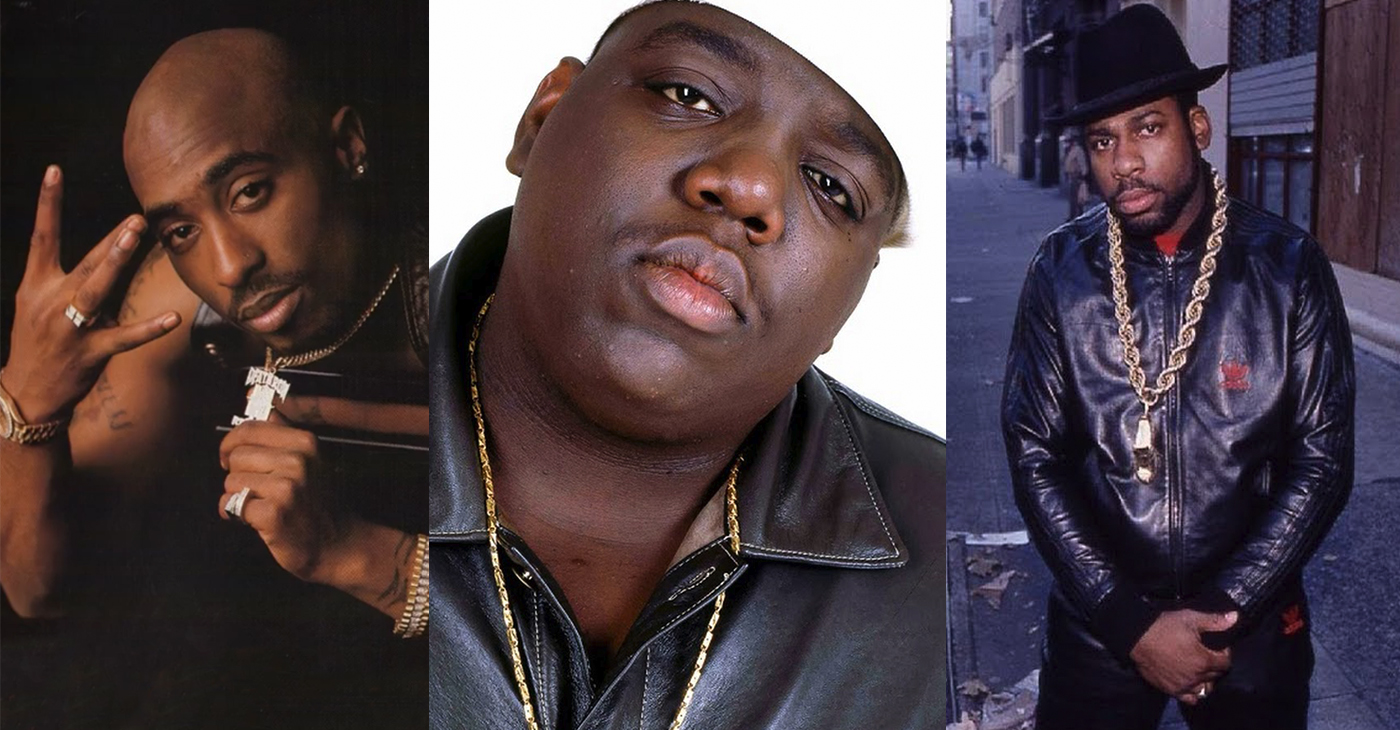 Little did Tupac Shakur know, as he left a heavyweight boxing match in Las Vegas on Sept. 7, 1996, that his life was about to end. With Death Row Records CEO Marion “Suge” Knight at the wheel and Shakur in the passenger seat, gunmen pulled up and pumped several bullets into Shakur who later died at University Medical Center, Las Vegas Valley.

Approximately 15 minutes later, as Wallace and the others traveled down a Los Angeles street, a black Chevy Impala pulled alongside the “Hypnotize” rapper’s vehicle and fired several bullets – four of them striking Wallace — who died a short time later at Cedars-Sinai Medical Center.

On Oct. 30, 2002, Jason “Jam Master Jay” Mizell sat in his Jamaica, Queens, recording studio in New York listening to new music. An unknown assailant entered the building at about 7:30 p.m. and shot and killed Mizell, 37, who, along with his group Run-DMC, transcended Hip-Hop and paved the way for the commercial success of all Hip-Hop acts.

As 2019 begins, the senseless murder of some of Hip-Hop’s biggest and most talented stars remains in the cold case files. “It’s a shame that we lost talented artists such as Tupac, Biggie and JMJ,” said Hip Hop activist and artist Sean XLG Mitchell.

“I believe arrests haven’t been made on any case because of the dynamics involved in terms of the criminal elements: Possibly drugs, gang ties, and the ‘no snitching’ mantra in the Black community,” Mitchell said.

Last year, a cable television series titled “Unsolved” depicted the murders of Shakur and Wallace. The three-part series, which aired on USA and Netflix and connected Shakur’s murder to an alleged gang war between the Bloods and the South Side Crips, was based on an LAPD task force investigation headed by Detective Greg Kading, who was initially assigned to work on Wallace’s case.

Kading, whose investigation ultimately took him to Las Vegas where he became involved in the Shakur murder probe, concluded that Orlando Anderson was Shakur’s murderer.

According to the series and numerous reports, the now former detective claimed in the series that Anderson’s uncle, Duane “Keffe D” Davis, revealed that Anderson and two other men – DeAndre Smith and Terrence Brown – were in the car together when Shakur was shot. After Anderson was beaten up earlier that night, they went looking for Shakur at the 662 Club in Vegas. Keffe D said they found him on the strip and pulled up alongside the car, which was being driven by Suge Knight. Anderson, who always denied that he was the murderer, died himself just two years after Shakur. No one has ever been charged in the murder. However, “Unsolved” creator Kyle Long has called for Keffe D’s arrest.

“He went live on television and confessed to being an accessory to murder and the Las Vegas PD, as far as I know, is doing nothing about it,” Long told The Wraplast year. “And I just think it’s outrageous. I just don’t understand it. It makes me upset.” Long also spoke to Vulture and said, “What has happened since we made the show, which is fascinating to me, is that Keffe D went on a documentary called the Death Row Chronicles and confessed again.

Meanwhile, in 2017, New York City police detectives acknowledged that their investigation into the 2002 slaying of Jam Master Jay had gone cold. “It’s not resolved to the legal eye, but the street always talks,” Jeremy “JL” Lam, a friend of Jam Master Jay’s family, told the Associated Press(AP). Family members, however, reportedly were less optimistic.

“We know it’s anniversary, but we don’t like to talk about it much anymore,” Jam Master Jay’s older sister, Bonita Jones, said from their mother’s home in North Carolina. Family, friends, fans and activists like Mitchell still hope for answers in the murders of Shakur, Wallace and Mizell.

“I believe there’s evidence that can’t be corroborated because of the number of people involved, which makes it dicey or risky to pursue any leads that are not going to result in criminal charges,” said Mitchell, the author of several books including “Hiphophooray: Celebrating 30 Years of Rap Music,” and “The Roof is on Fire: 101 Greatest Moments in Hip-Hop.”

“And you also have the face of racism involved too — that’s often overlooked — which is essentially the lives of black men don’t seem to have the same value as the lives of others, so why waste your time?  Does it matter? Absolutely, I believe the family members of each victim deserve justice and closure and the only way to get it is with a conviction.”