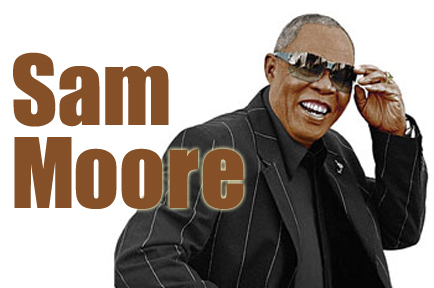 Sam Moore officially released “They Killed A King” April 4th in remembrance of the loss of Dr. Martin Luther King Jr. on that date 46 years ago in the hope everyone will remember what he stood for and lost his life trying to achieve

For years Grammy winning Sam Moore was best known for lending his unmistakable lead vocals to the historic soul duo Sam & Dave that hailed from Miami, Florida but found their fame tied to the Memphis based Stax Records. The rapid fire call and response fashioned by Sam from his gospel roots became the trademark style of the duo and can be heard in the vocals of hits including “Hold On, I’m Comin’”, “I Thank You”, “When Something Is Wrong With My Baby” and of course the song legends are made of “Soul Man”. Now in 2014, Sam returned to Memphis, Tennessee, where his recording career exploded to record a piece of history!

“They Killed A King,” is Sam’s latest musical endeavor, recorded at Willie Mitchell’s Royal Studios, where Anne Peebles and Al Green cut their hit records back in the day, during the 2014 MLK Holiday weekend, and is being officially released April 4th to honor Dr. King’s memory and remind us all of his important message. April 4, 2014, as we know, marks the unfortunate anniversary of the loss by assassination of Dr. Martin Luther King, Jr.

Sam’s participation in this project has an extra note of importance. 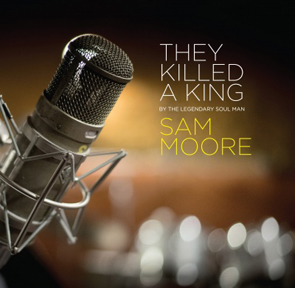 Sam knew and traveled with Dr. King, performing with duo partner Dave at many of Dr. King’s speeches and rallies in both the north and south. “Sam and Dave” actually served as an opening act, setting the crowds up for Dr. King to take the pulpit or stage and preach his message during the Civil Rights Movement in the 1960’s.

“I am from the era, I’m a real live living witness to one of the greatest, if not the greatest, positive social changes in all recorded American history because of Dr. King’s leadership and efforts,” says Sam Moore. “I am troubled that all that Martin worked so hard to accomplish is suddenly reversing. I hope that this song might have some impact to remind us of what Martin lost his life over, that his goal of ending the separatism by color was so that all of us could have the equal opportunity to achieve. I recently heard a 1964 interview of Dr. King, who explained that his goal was “inclusion” not “exclusion”. He was very clear about that and went on to say the “revolution,” at that moment in history, was not what one would generally think of – there was no intent to overthrow a government, no violence, but rather it was about being allowed in to participate in what had been written at the time our great country was created, that being participation in what it was understood America stood for.”

Though he has tremendous love and respect for the music he created as “the voice” of the duo, Sam, who has been called “the blast furnace of soul,” continues to record and tour scoring critical acclaim as a solo artist since “Sam and Dave” disbanded 30 years ago. He recorded “Rainy Night In Georgia,” as a classic duet with Conway Twitty, for the “Rhythm Country & Blues Album” which earned them a platinum record and also included duet parings of B.B. King with George Jones, Gladys Knight and Vince Gill. Sam’s last solo recording project Overnight Sensational, produced Randy Jackson, included collaborations with friends and fans like Bruce Springsteen, Jon Bon Jovi, Sting, Eric Clapton, Billy Preston, Robert Randolph, Sheila E. and garnered a Grammy Nomination in the R&B category in 2006.

Rolling Stone magazine has named Sam Moore as one of the Top 100 Greatest Singers of All Time.

There is no stopping Sam Moore, not now, not ever! Moore will be back in Memphis on April 26th to perform “They Killed A King” and some of his hits with the students from the highly successful STAX Academy at the STAX Museum Complex, the site of the original STAX Records.