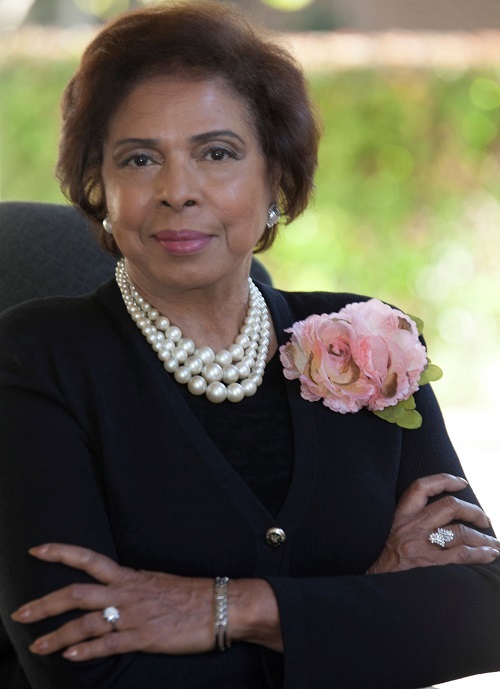 An old axiom states that “the squeaky wheel gets the grease.” In other words, no one knows, cares, or does anything about your pain or discomfort unless you are courageous enough to identify it. Weekly, I’m privileged to share my discomfort and the added benefit of sharing how I propose to deal with certain challenges. I find that being straightforward is an opportunity that many neither have nor really want.

Occasionally, I’m blessed with great appreciation for the character and generosity of others. Their behavior affords me the luxury of viewing my world through the lens of positivity for the betterment of humankind. They go beyond the call of duty to demonstrate selfless concerns and a spirit of hope with the endeavors they perform for the benefit of others.

For two WNBA seasons, Maya Moore, of the Minnesota Lynx, left basketball to concentrate her efforts on releasing Jonathan Irons, a convicted Missouri man serving a 50-year sentence for burglary and assault. Introduced to Irons through a prison ministry, Moore believes that Irons, as a 16-year old, was wrongly convicted. Like many others, Irons was convicted without physical or DNA evidence. At 39, he’s only 23 years through a 50-year sentence. Moore states, “There are seasons of life when you run harder after certain things than others. And so, I felt like the season was coming for me where I needed to run harder after criminal justice reform.”

Members of major league sports have begun to use their voices and platforms to advocate for social justice. Although it took the deaths of several African Americans (George Floyd in Minnesota, Breonna Taylor in Kentucky, Ahmaud Arbery in Georgia, Jacob Blake in Wisconsin – shot in the back in front of his 3 children, Rayshard Brooks in Georgia, Walter Wallace, Jr. in Philadelphia all just in 2020), to demonstrate violent, systemic racism, professional athletes have embraced the cause of justice in law enforcement.

I must mention Coach Doc Rivers for his moving remarks supporting athletes saying, “It’s amazing why we keep loving this country, and this country does not love us back.” That statement encouraged many athletes to take action. I take great pride in the commitment of our athletes and their participation in reshaping a variety of our cultural norms and imperatives. I commend Lebron James who, without question, was the greatest catalyst for challenging so many athletes to leave their comfortable circumstances to realize they could have been any of the above-mentioned tragedies.

LeBron’s actions didn’t begin with these 2020 tragedies. He has always stepped out to help his community. He’s helped build transitional housing for homeless families and those struggling for a safe environment in which to live. He’s given resources for establishing a school for at risk students in his hometown. His foundation pays for services and programs students would not otherwise have. LeBron is not new to social justice, and he is a blessing to our community. He’s an in-person presence for causes he supports, and his social media outreach is so massive that those wishing to silence him are overwhelmed.

After seeing the worst of the “Rapper” community in the weeks preceding the November election, along came Common who joined the athletes and spoke up with intelligence not always common among rappers. We hear many well-deserved comments about Black women and our work related to voting, but many Black men also emerged to drown-out the voices of traitors. Lebron James, Doc Rivers, Common, Barack Obama, Stephen A. Smith, and Chris Webber have made us proud with their stepping-up in both social justice and voting arenas. I pray that this coalition will stay together to resolve the challenges which will remain after our election.

Tipping the Power in Pregnancy