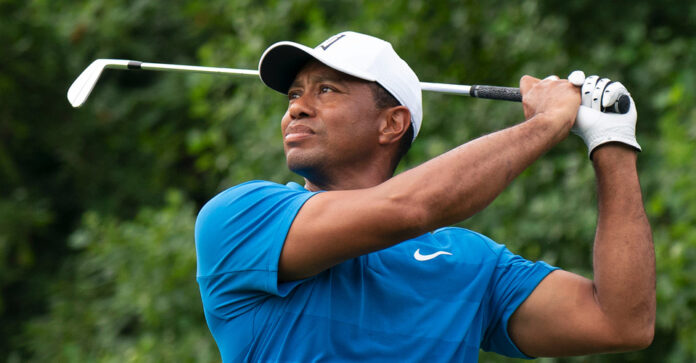 Woods also became just the 5th player to win a major championship plus an additional PGA Tour event in the same calendar year at age 43 or older. Woods shot -19 under par to claim a three-stroke victory over Japanese favorite, Hideki Matsuyama on Monday, Oct. 28.

Tiger Woods’ fantastic year continued in Japan, where he set another record.

The 43-year-old captured the Zozo Championship in Japan with a dominating wire-to-wire victory and tying Hall of Famer Sam Snead for the most career PGA Tour wins with 83.

Woods also became just the 5th player to win a major championship plus an additional PGA Tour event in the same calendar year at age 43 or older.

His record-tying victory was no easy feat.

Woods and the rest of the field had to endure rain and wind throughout the week, forcing golfers to play 29 holes on Sunday.

The Zozo Championships didn’t conclude until early Monday, but Woods, who has endured multiple back and knee surgeries, never let up.

“Five days at the top of the board is a long time, man,” Woods told reporters after his stunning victory. “It was definitely stressful.”

In May, after an 11-year drought, Woods finally won his 15th major championship. He came back from a 2-shot deficit to defeat frontrunners Dustin Johnson, Brooks Koepka, and Xander Schauffele to win the Masters.

In Japan, Woods made 27 birdies and finished among the leaders in fairways and greens hit and putts made per green in regulation.

“This was big. Hideki made it tight,” Woods told a CBS Sports reporter. “It was a lot closer than what people probably thought. Hideki did what he needed to do to put heat on me. It came down to the last hole.”

Commentators for CBS Sports, which broadcast the tournament, stated that the match wasn’t “Woods simply getting hot with the flat stick for a week, it was a legit win against a loaded field that will undoubtedly result in Woods picking himself for the President’s Cup team at the beginning of next month.”

Woods is serving as captain of the team this year.