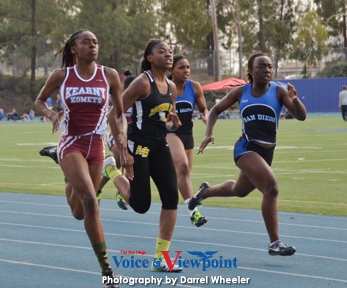 Quick fast and in a hurry were the track & field participants at last Monday’s Eastern/City League finals at Mira Mesa High School. Runners jumpers and throwers competed for league titles and the right to continue their prep track & field experience. The top two finishers advance to next Saturday’s CIF preliminaries at Mt Carmel High School.

Lincoln High School’s 4×100 relay quartet featuring Ty’Shaun Whiting, Daniel Coleman, La’Tre Jacques and Donell Pleasant was considered a top contender for a relay title, but will not advance to Saturday’s CIF prelims due to a dropped baton on their anchor leg. 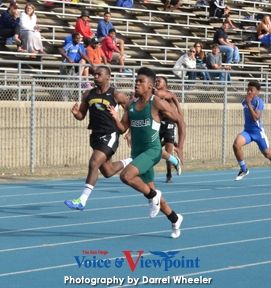 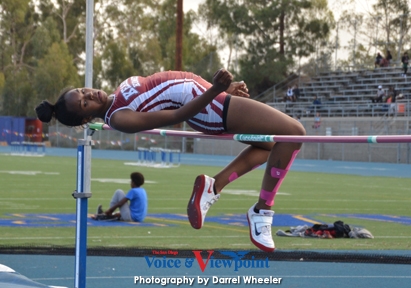 “Ty’Shaun said that it was his fault he dropped the baton and he apologized to his teammates. He really felt bad, but you have to move on. If he had picked the baton up and finished the race, the CIF would have allowed them to compete next Saturday. If he had known that, he would have picked the baton up and finished, but he didn’t know,” said Lincoln assistant coach Artie Whiting. He added, “They are all underclassmen and should be back next year so look out.” 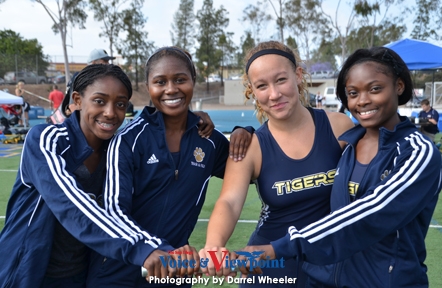 San Diego High School’s sophomore hurdler Alana Sinclair cleared the 100m hurdles to capture her first of what could become many City league titles. “This was a good race, but I still have some work to do if I want to compete next Saturday. I know it won’t be easy and I’m going to work hard all week working on my mechanics and my speed between the hurdles,” she said.

Top finishers from next Saturdays CIF prelims will advance to the CIF Championships May 31 and have an opportunity to compete at the State competition on June 7th.