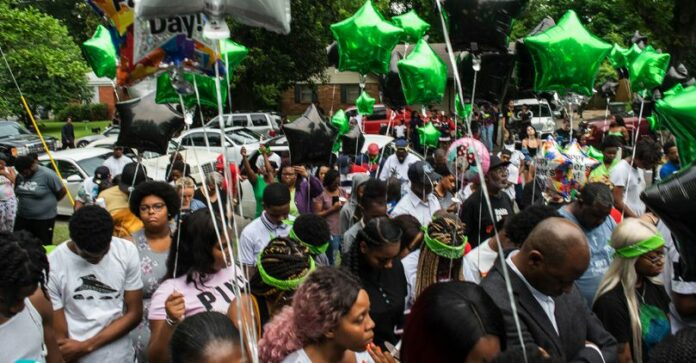 By Erica R. Williams, Special to The New Tri-State Defender

Tennessee State Rep. Antonio Parkinson (D-Memphis) recalled the grim day that he witnessed violence outside of his apartment as a 4-year-old growing up in Los Angeles.

“I remember seeing a man lying outside on the steps, and he was bleeding out,” Parkinson recounted. “My mother told us to walk around him and don’t touch him. I remember just looking back in shock.”

It’s exposure to violence like this incident that Parkinson attributed to his poor, and sometimes violent decision making as a youth. It’s also one of the reasons he spearheaded a mental health initiative for those affected by the recent shooting death of Brandon Webber, a father of two. The 20-year-old was killed by U.S. Marshals June 12 while they were trying to arrest him.

To kick off the initiative, Parkinson enlisted the assistance of local pastors in Frayser, the area where Webber’s shooting death occurred. It’s also part of the district Parkinson serves as state representative. Through the free counseling sessions, Parkinson said he hopes to address the symptoms of post-traumatic stress disorder (PTSD) and adverse childhood experiences (ACEs) related to the aftermath of Webber’s death and other rampant acts of violence that children and families have witnessed within their homes and communities. 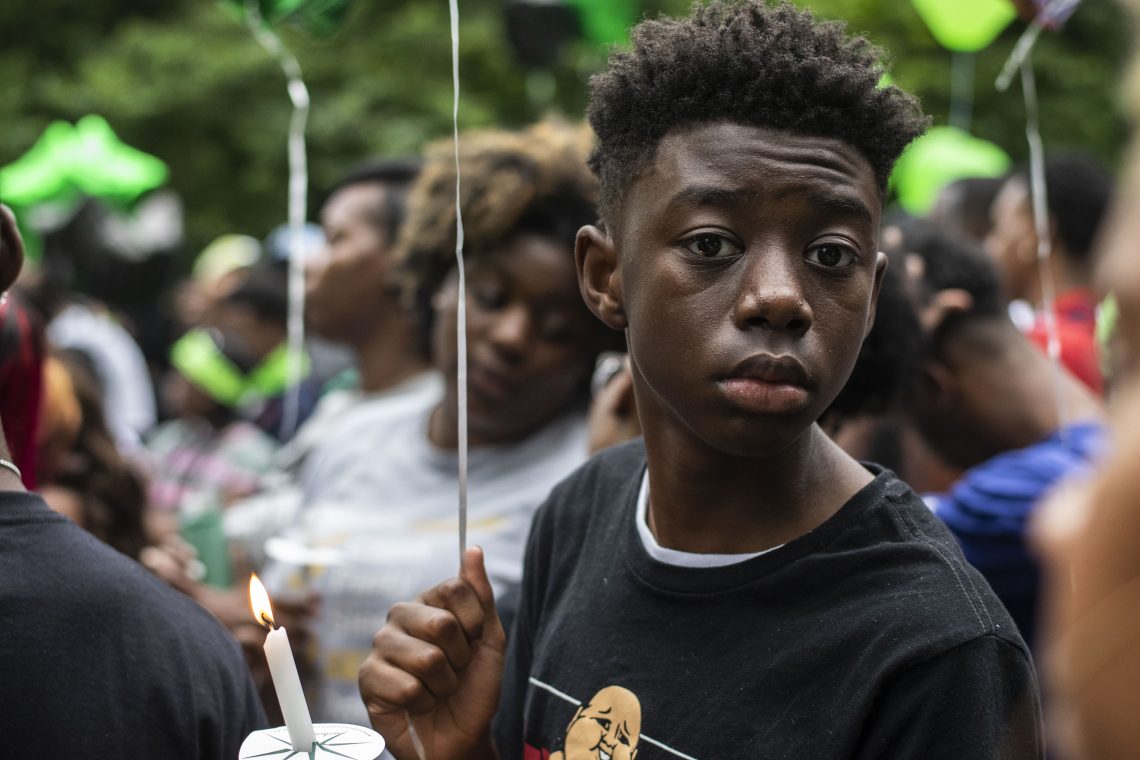 A rotation of local counselors is dedicating two hours of their time to help with the initiative that kicked off June 16. Parkinson said it’s something that’s needed in communities plagued with violence.

“Those seeds get deposited into the psyche of kids. The first time it’s shocking, and over time it gets less and less shocking. And after repeatedly seeing incidents of violence in their communities and households, it becomes their norm,” he said “Eventually, those seeds begin to sprout and bear fruit. So, my intent in coming up with this strategy is to kill those seeds so that the kids and families get the help that they need.”

Parkinson’s analysis is backed up by research from myriad health and education advocacy organizations. According to one study conducted by the Violence Policy Center, exposure to community violence appears to represent a unique form of trauma that is particularly associated with the development of PTSD symptoms, especially among children and adolescents. The study also concludes that repeated trauma can lead to anger, despair, and severe psychic numbing, resulting in major changes in personality and behavior.

Parkinson linked the aftermath of Webber’s death to this type of trauma. After the father of two was killed, protests erupted in Frayser. Dozens of Memphis police officers were injured during the unrest.

“I saw people who were just angry and scared. Many of them just didn’t know what to do with those emotions,” Parkinson stated. “It’s not normal to live in a space where violence is all around you.

Pastor Ricky Floyd of Pursuit of God Transformation Center joined Parkinson in the initiative, allowing his church to serve as one of the participating locations where residents could come to seek counseling. According to Floyd, it only made sense to join forces with Parkinson, because it’s something his church already does in collaboration with Agape.

“The good thing about a crisis is that it gives an opportunity to make people aware of the systems we already have in place,” Floyd mentioned. His church also offers a grief class each Wednesday night.

Despite the need, both Parkinson and Floyd said that it’s not easy to get people to participate, mainly because of the stigma attached to counseling within many black communities.

“There is still a stigma on mental health counseling in our communities, so there are barriers for us to even seek the counseling that’s readily available because of this stigma,” Parkinson said.

“You can take a horse to water, but can’t make him drink,” he said before adding, “I’ve been praying to God to give me an anointing so that I can make people thirsty.”

Although the mental health initiative wrapped up June 21, Parkinson hopes resources and participation will allow an extension.

“Our goal is to continue on with this counseling in partnership with churches in our community. And I hope statewide we will adopt this strategy to make mental health counseling as assessable in as many communities as possible.