Home Arts Want to be a Playwright? Malcolm X Library Can Help! 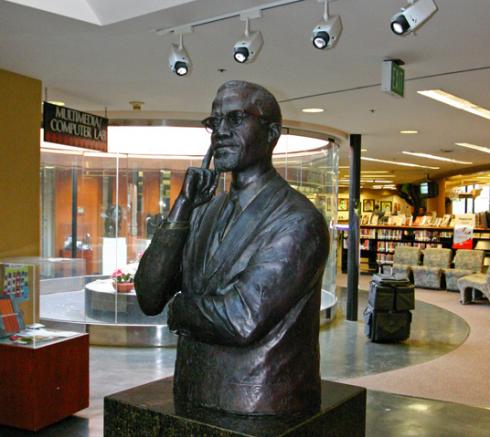 SAN DIEGO –The Valencia Park/Malcolm X Library presents a free 16 week playwriting workshop from March 18th through July 1st from 6:00-7:30 pm. Adults interested in the workshop must pick up an application at the library and return it by March 11th. The classes will focus on character development, storytelling, conflict resolution, scene analysis, review and critique, and formatting. At the conclusion of the workshop a participant should be able to script a one act play. In fact the goal of the workshop, in addition to teaching the craft of playwriting, is to enable each participant to script a one act play. You will be required to read three one act plays that the instructor will assign, and they will be templates of how your play should be written. There will be other related outside assignments that you will be required to fulfill. Once all the participants have completed their one act plays there will be selected by the instructor to be stage read by professional actors.

Mr. Clarence R. Cuthbertson is the Playwright Instructor. He possesses a BFA in Journalism and Creative Writing, and a MFA in Dramatic Writing. He is a native New Yorker who for 20 years resided variously in the Caribbean, South America, Mexico, and South Africa. He has been affiliated with a number of New York based theater companies including Theater for a New Audience, National Black Theater, BACA Downtown Theater, Gene Frankel Theater, and Frank Silvera’s Writers Workshop where he was Resident Playwright for a number of years. He has also taught playwriting at a number of high schools as well as colleges and universities. While residing in the Caribbean (Virgin Islands) he, along with his actress wife, founded the Carabana Ensemble Theater Company of which he is Artistic Director. He has written over 21 plays of which 18 have been professionally produced. In 1996 his play FAITH JOURNEY had a 9 month run at the infamous LAMB’S Theater in New York. Five of his plays have been produced in San Diego, and in the Bay Area (San Francisco and Oakland). Mr. Cuthbertson is the recipient of a number of awards and grants for excellence in theater.

Learn about other events at the San Diego Central Library @ Joan Λ Irwin Jacobs Common and 35 branches, find links to numerous additional resources, or search for materials in the Library’s catalog online at www.sandiegolibrary.org.

The Bedouin Artist Embroidering Her Heritage Onto Plates

Painting of Yale namesake and enslaved child back on display