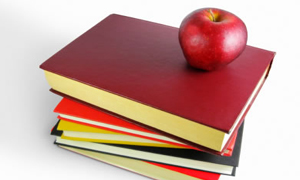 In spite of the billions of dollars spent on educational reform since “A Nation at Risk” was published in 1987, more than half of America’s high school seniors are not proficient in reading, and 75 percent can’t do math, according to the recently released National Assessment of Educational Progress.

“Clearly, the current approaches to educational reform are failing,” says noted educational researcher and consultant Charles M. Reigeluth, author of “Reinventing Schools: It’s Time to Break the Mold” (www.reigeluth.net). “The problem is that major aspects of our educational system were devised to meet the societal needs of a bygone era.”

“We need to change the paradigm – we need to move from Industrial Age ‘factory model schools’ to accommodate and reflect Information Age needs and realities.”

The Industrial Age in the United States, roughly 1830 to 1960, was shaped by machinery and mass production. Many jobs moved from farms to factories, which required workers – and therefore students – who would follow instructions and endure repetitive, boring tasks, he says.

“We did not need to educate many people to high levels, so Industrial Age schools sorted students, promoting the few needed for managerial and professional work, and flunking out the many needed for the assembly lines,” says Reigeluth, a former high school teacher and Indiana University professor.

“Today, knowledge work is more common than manual labor, and our systems are far more complex. All adults need a higher degree of knowledge just to function in society, so we can no longer afford a system that is designed to leave many children behind.”

Here are four Industrial Age educational artifacts, according to Reigeluth, and how to update them for the Information Age:

“Grouping developmentally, rather than based on age or rigid levels of content learning, accounts for the different rates at which children develop socially and emotionally,” Reigeluth says. “Children can remain in their social-emotional peer group while working on projects typically tackled by students of a higher or lower age.”

Charles M. Reigeluth is a distinguished educational researcher who focuses on paradigm change in education. He has a B.A. in economics from Harvard University, and a Ph.D. in instructional psychology from Brigham Young University. He was a professor at the Instructional Systems Technology Department at Indiana University, and is a former chairman of the department. His new book, “Reinventing Schools,” (www.reigeluth.net), advocates and chronicles a national paradigm change in K-12 education. He offers presentations and consulting on this topic.

Students of color push back on calls for police in schools