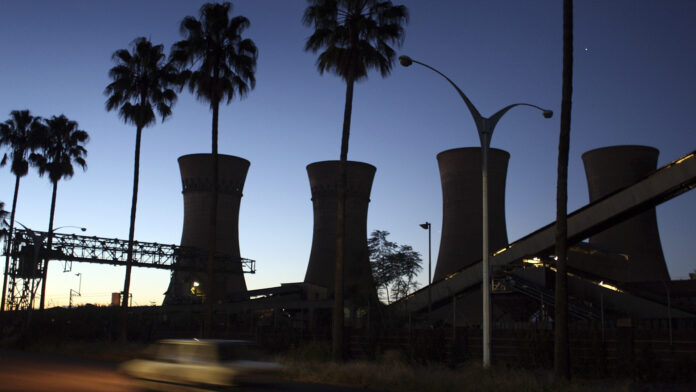 HARARE, Zimbabwe — The Zimbabwean government is under pressure from civil society groups to drop charges against Never Tshuma, a political leader arrested and charged in April 2021 for allegedly inciting members of his Dinde community to resist a proposed 270 megawatts coal power plant by a Chinese firm in Hwange, Matabeleland North Province.

Tshuma, the vice-chairperson of the Hwange Residents Association, was charged with inciting public violence after leading people in Katange village on April 14, 2021, to evict Beifa Investments (Pvt) Limited, the Chinese firm implementing the project with the backing of the state.

“I am the one who submitted the petition to the parliament to look into our issue, but now I cannot go home to attend the Parliamentary Portfolio Committee sent to hear us out,” Tshuma told Zenger News.

“I have been on the run for two months. I have not gone to my home due to the court’s condition that I must not go back to Dinde. Meanwhile, the Chinese are busy working in the area. It pains me.” 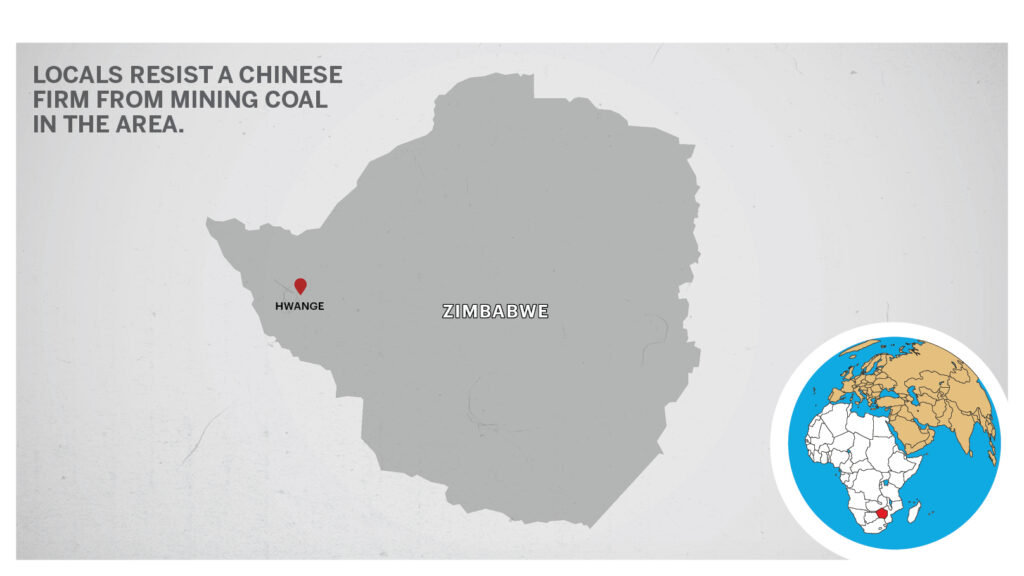 Tshuma was charged at the Hwange Magistrates Court and is currently out on bail. His case was to be heard on May 17 but was postponed to June 17, 2021.

The 45-year-old Tshuma is also an official of the Zimbabwe Africa National Union-Patriotic Front, which has ruled Zimbabwe since independence in 1980.

His arrest and subsequent prosecution followed a complaint by Beifa Investments (Pvt) Limited to the party’s officials in Hwange district.

“He told the people to beat up the investors and burn the tent,” said Zhou Zeng Qiao, the project manager, in a letter dated April 15, 2021, addressed to the party’s coordinating committee in the Hwange district.

“We are surprised that while the government granted us the Special grant to carry out the project, the same ruling party sends its officials to resist its implementation.”

In December 2019, the government licensed the firm to carry out coal exploration in a special grant covering virtually all Dinde communal lands under the Hwange Rural District Council.

“Where are we going to live?” Janet Shoko, a resident of Katambe, told Zenger News.

“Since these people invaded our land, we have not known peace. And when we speak out, we get arrested. We no longer have a voice. The police are ours, but they arrest us for trying to find out why these people are coming here.”

Recently, several civil society groups worldwide released a joint statement calling for the Zimbabwean government to drop charges against Tshuma and “listen to the community’s energy and development needs and find alternatives to dirty coal.”

Farai Maguwu, the director of the Zimbabwe-based Centre for Natural Resource Governance, said the community’s concerns are yet to be addressed for the past two years.

“The insistence by the government may point to some politicians having been bribed by the company, and that is why the government is not willing to follow the due process of listening to what the community is saying,” Maguwu told Zenger news in a Zoom interview.

He said the Dinde community is impoverished, and if the project is allowed to continue, it will increase the community’s vulnerability.

“They want to disrupt burial sites of the traditional leaders and destroy their only cattle dip.”

At full scale, the coal project will be implemented in four wards which consist of 15-20 villages each; hence thousands of people will be affected, according to Maguwu.

Akim Mbwelani Dube, a cattle breeder, said his worry is the looming threat against the only cattle dip, which serves about 2,000-3,000 heads of cattle in the area.

“This Chinese firm is currently in the exploration phase about 50 meters from the dip,” he told Zenger News.

“If they start open cast mining, our dip, fields, homes, will all be gone.”

However, in their letter to the ruling party’s officials, the Chinese investor said, “We are a law-abiding company, and we wish to implement the project without disturbing the host community lawfully.”

Trusha Teddy, program head at the South-Africa-based Women Building Power, Energy and Climate Justice, a feminist organization monitoring the extractive industry, said the project would affect river Nyantuwe, the only river in the area.

“If this river is affected, it will have a big impact on women particularly,” she told Zenger news in a Zoom interview.

“With the water captured by the mine or is polluted, means women will have to travel long distances to fetch water.”

In Hwange, the Hwange Colliery Company Limited has polluted the Deka river by pumping raw effluent into it; hence, the Dinde community is worried the coal plant will do the same to the Nyantuwe river.

Despite the Zimbabwean government’s efforts to develop policies and Nationally Determined Contributions that aim to reduce carbon emissions, it contradicts its policies by investing in fossil fuels.

Beifa Investments (Pvt) Limited told the people that they don’t have the resources to fund relocation, meaning displacement will be the only option, according to a statement by two civil society groups.

“Climate change is a big issue impacting Africans more than it is in any other region,” Teddy told Zenger News.

“For the sake of our climate and ecology and for the people whose livelihoods are based on nature, we need to stop these new developments.”

“This (Dinde) community was moved to create the Hwange National Park by the colonial government,” Aldophs Nekatambe, a resident of Katambe, told Zenger News.

“We are surprised we are being followed for coal mining.”

However, the Chinese firm said “the project will go a long way in alleviating the power crisis obtaining in the country” in their letter to the Zimbabwe Africa National Union-Patriotic Front party officials.

Pelé to remain hospitalized due to respiratory infection