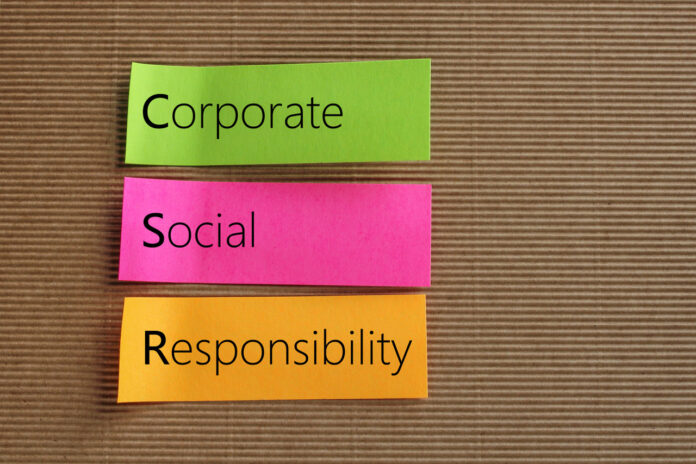 Over the last month, several corporations have stepped up to fund the Black community.

Two weeks ago, Netflix announced it will drop 2% of its cash holdings, up to $100 million, into Black-owned banks and other financial institutions and organizations that directly support African American enterprises, initiatives or communities.

“Banks that are Black-owned or led represent a mere one percent of America’s commercial banking assets,” the Los Gatos-based digital streaming service wrote in a blog post.

“This is one factor contributing to 19 percent of Black families having either negative wealth or no assets at all — more than double the rate of White households — according to the U.S. Federal Reserve,” the post continued. “Black banks have been fighting to better their communities for decades but they’re disadvantaged by their lack of access to capital.”

Kaiser Permanente has made a similar commitment.

Last week, Kaiser Permanente revealed that it will direct $100 million towards Black businesses in the form of investments and grants. It is the Oakland-based health management consortium’s way of combating racism and promoting equality, company officials say.

“The tragic murder of George Floyd and so many others has reverberated around the world, pushing us to demand overdue change to a status quo that keeps communities of color in the margins and holds us all back as a society,” said Greg A. Adams, chairman and CEO of Kaiser Permanente.

Kaiser-Permanente’s plan is to direct $60 million in joint investments and $40 million in grant funding to more than 2,000 businesses owned by Black and other underrepresented people across the country.

The business loans of $100,000 to $4 million is intended to help them overcome systemic economic disadvantage. Kaiser Permanente is also reserving $15 million in grant dollars to increase access to formal training, business networks, and recovery and growth capital to help African American-owned businesses.

“As a country, this is a moment to define who we are and what we stand for. We must take strong action to stop the physical, psychological, economic, and social impacts of inequity and systemic racism so that we can create healthier communities where everybody, regardless of their skin color, can feel safe and thrive,” Adams said.

Founded in 1945, Kaiser Permanente is one of the nation’s largest healthcare and health management systems in the United States, serving over 12 million members. It operates some 700 medical facilities, including 39 hospitals, with a network of 23,371 physicians, 63,306 nurses and 219,149 employees.

The news of Kaiser’s series of actions fall in line with other large companies’ willingness to help make the Black community whole after centuries of slavery, injustice, legal segregation and widespread discrimination.

But Black business groups and leaders have questions about how programs such as Kaiser-Permanente’s will be implemented. The funding is sorely needed, Black business advocates point out. Yet, putting it in the right places must be strategic.

“We don’t want it to be a situation where companies are just throwing money at us. They throw money at a problem and then think it changes the situation. It’s just a band-aid,” said Salena Pryor, founder of the Black Small Business Association of California (BSBAC). “So the question is how are they going to actually make sure the money gets to the Black communities. That would be our concern.”

BSBAC helps advocate for minority-owned businesses that struggle finding resources. In just over a few months, Pryor, a former legislative consultant, said her organization has grown from serving a handful of clients to representing 1,153 businesses and self-employed individuals across the state. She says her organization is still growing.

Pryor explains that her concern about how the money will reach its target is warranted. Because on the back end, she said, the money will not only support Black businesses but show companies that they made the right investments.

“All of that is important,” Pryor said.

Facebook, based in Menlo Park, has also announced that it is investing $200 million to support Black-owned businesses and organizations in part of the company’s broader $1.1 billion investment in Black and diverse suppliers and communities in the United States.

The social-networking platform is responding to the outbursts of protests against racism, police brutality and racial injustices that African Americans face across the country. Facebook’s Chief Operating Officer Sheryl Sandberg stated that the “need to take action” is highly necessary for the company.

“The past few weeks have compelled us to confront the reality of violence and injustice which members of the Black community face on a daily basis,” Sandberg stated in a letter dated June 18. “We have shared words of support for our friends, colleagues, and communities. We need to take action as well.”

Black-owned businesses increased by 34.5% between 2007 and 2012, totaling to 2.6 million firms, in reference to a report by Black Demographics.

But according to the U.S. Census figures from 2017, Investopedia reported that Black businesses in the country dipped down to just over two million firms.

Worldwide Technology, Inc., a Maryland Heights, Missouri, Black business, had a revenue base of $11.28 billion in 2018. Black Enterprise Magazine (BE) listed it as the top Black firm among a ranking of 100. BE compiles its annual list by revenue and the number of employees.

Worldwide Technology, Inc., founded in 1990 by David Steward and James Kavanaugh, has more than 5,000 employees. The company enables its clients to implement technology for products and services.

After the death of George Floyd and the civil unrest that followed, companies with deep pockets have stepped up to the plate to provide moral and economic support to the Black community.

Youtube has pledged $100 million to subsidize Black artists and creators. CNBC reported that Google’s Black workforce was just over 3% before the global pandemic and the riots that broke out around the country after Floyd’s death, took place. It had also decreased its diversity programs.

On June 17, PayPal, based in San Jose, joined corporations and public institutions supporting the Black community. It will kick out $530 million to Black-owned businesses and newly established proprietors through its “PayPal Equity Investment for Underrepresented Minority-led Startups and Investment Funds” program.

PayPal has made a commitment in an effort to help address economic inequality and is requesting applications for submission. The PayPal team will review each response and evaluate each proposal before making an investment decision.

Several applicants, such as the Los Angeles-based Kiva and Opportunity Fund, both not-for-profit financial institutions, and other groups, have received funding.

In a written statement, PayPal said that it is “uniquely positioned to help in this area” and have committed to doing its part to “address the unacceptable racial divide by advancing a more just economy and society.”

“For far too long, Black people in America have faced deep-seated injustice and systemic economic inequality. Black lives matter and we need to drive transformative change. We must take decisive action to close the racial wealth gap that sustains this profound inequity,” said Dan Schulman, PayPal’s president and CEO.

Last month, Lowe’s, the home improvement company, was one of the first to announce support for the Black community. It will provide $25 million in grants to support minority-owned proprietorships to help boost the country’s economy.

While there is a boom in help going toward the Black community to help it rebound from the devastating effects of the novel coronavirus, Pryor said it is a perfect time to solidify stable working relationships with big corporations.

Traditionally, she said, when something like investing in Black communities occurs, the relationship dynamics slowly disappear. That breakup has to change and accountability must be practiced, Pryor said.

“We really have to reevaluate our relationships with these companies. It doesn’t make sense to help them flourish and thrive and they are not doing anything to make sure we flourish and thrive,” Pryor said. “It has to be more than just one-time giving money to small Black businesses. What about the ongoing relationships? What about your boards? What about your employee hiring practices? All of that has to be addressed.”