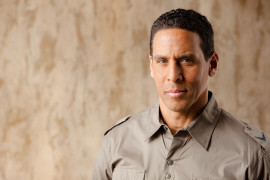 You’ve heard that about half of first marriages in America end in divorce — or as Gwyneth Paltrow put it, “conscious uncoupling.”

(The trendy actress’s New Age advisers say modern people live too long to be expected to stay with one person their whole life anyway, and divorce isn’t a failure, just a period in which to reinvent yourself.) Uh, no.

It’s even worse! New research from the University of Minnesota finds that the divorce rate has actually risen since 1990. In fact, among those over age 35 over the past two decades divorces have doubled!

(Check out the research here: “Divorce is actually on the rise, and it’s the baby boomers’ fault,” Christoper Ingraham, Washington Post, March 27, 2014, found at http://wapo.st/1foRnUQ)

Here’s another important finding: divorce has leveled off among those born since 1980 — most likely because more young people are just living together! Why bother with marriage anyway?

We at the Rock Church believe marriage is worth bothering with! In fact, marriage is a God-designed cornerstone of civilization. That’s why every year the Rock organizes a fun-filled marriage retreat packed with activities and workshops designed to strengthen relationships.

This year we’re inviting couples to the “Bring It!” 2014 Marriage Getaway May 30-June 1, 2014. Guest speakers Les and Leslie Parrott, a nationally known husband-and-wife team of marriage counselors who really know what they’re talking about. Les is a clinical psychologist, Leslie is a marriage and family therapist, and they’ve been married for 30 years!

The Parrots are New York Times best-selling authors whose books include “Saving Your Marriage Before It Starts,” “Real Relationships,” “The Complete Guide To Marriage Mentoring” and “Love Talk.” They’ve also appeared on CNN, The View, The O’Reilly Factor, The Today Show and Oprah. You don’t want to miss them!

“Bring It!” will be held at the beautiful Westin Missions Hills Resort and Spa in Rancho Mirage, CA. Cost is $365 per couple, which includes your two-night stay and dinner Friday evening.

For more information, visit http://www.sdrock.com/events/13532. Registration closes May 13, so hurry!

Don’t Be a Statistic!

The top five reasons people get divorced are poor communication, finances, abuse, lack of attraction, and infidelity. (Source: http://dailyinfographic.com/) Your marriage doesn’t have to become a statistic! Join us!

Miles McPherson is the Senior Pastor of the Rock Church and Academy in San Diego, California, and author of “God in the Mirror: Discovering Who You Were Created to Be.” Miles also produces Miles-A-Minute, the 60-Second Daily Video Devotional at http://milesaminute.com/