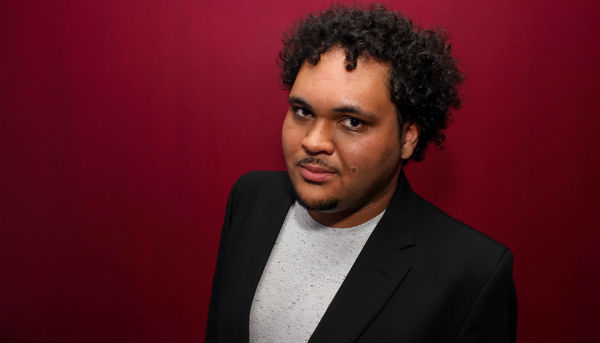 “Education is the most powerful weapon which you can use to change the world.” – Nelson Mandela

The degrees on my wall have opened up the world to me, a township boy who would otherwise be working in customer service. I write this today a stone’s throw away from Washington D.C., where I reside upon invitation by the U.S. State Department. I write this to achieve change in my country. So, perhaps the father of our nation was right.

A few weeks ago, students from various universities in New York marched to the South African consulate to hand over a letter of demands to Mninwa Johannes Mahlangu, our ambassador to the U.S. The march, in solidarity with #FeesMustFall protesters, called for free primary, secondary and tertiary education funded by a wealth tax.

Since last year, South African students have led this campaign for free tertiary education, as escalated fees have caused many poor, predominantly Black, South Africans to face financial exclusion from institutions of higher learning, damning them to a life of poverty.

However, this has not been an easy fight, nor has it proved to be very fruitful – despite getting the Presidency to commit to a “special task team” exploring better funding mechanisms. An entire year has passed since then with no change at universities such as the University of Witwatersrand, Johannesburg, which recently made international headlines due to police violence.

I find it disturbing that I can just repost content featured on Facebook memories from a year back that is still relevant today. But, as scroll down my timeline, the images I see don’t just remind me of the spectacular protests mobilized by student leaders last year, they remind of the times we protested at that very university about this very issue almost ten years ago – rubber bullets and all.

These protests are nothing new, nor was the university’s violent response to them. What has changed is that this generation of students is brave enough to face the bullets fired at them and retaliate with the brick and stone at their disposal.

In the space of just eight years, courses I attended and struggled to afford have quadrupled in cost. So, perhaps it is despair and not bravery compelling academia to militancy.

“Are we so immersed in this terror narrative, like [Johnathan] Jansen, that we don’t see how systems of oppression create monsters?” asked South African columnist Azad Essa after media criticized #FeesMustFall protestors for setting alight a University of KwaZulu-Natal library.

Just two years ago, at the release of its 2013 General Household Survey, Statistics S.A.’s Statistician General Pali Lehohla called for an increase in the number of Black students attending university to improve economic development.

The report found only 3.2 percent of Black youth aged between 18 and 29 attended university that year, while White attendance in the same demographic was 18.7 percent. This is not surprising, because an earlier Statistics S.A. report found 54 percent of Black South Africans live below the poverty line, while poverty only affects less than one percent of all White South Africans. Financial exclusion only deepens this divide.

When the #FeesMustFall movement first gained traction last year, Director of the Centre for Education Rights and Transformation Salim Vally reported to the media that free education for the poor was viable in South Africa as per the study his team conducted for our department of higher education in 2012.

Last month, Mr. Valley and a team of education specialists, again, pointed out our government’s gross under funding of the sector in an Independent Online op-ed. “South Africa’s state budget for universities as a percentage of G.D.P. is 0.75%. The Africa-wide average is 0.78%; the proportion of G.D.P. for Senegal and Ghana is 1.4% and Cuba 4.5%,” they wrote.

However, their pleas to the government appear to fall on deaf ears. The problem, it seems, has nothing to with a so-called lack of resources, but an unwillingness to change the status quo. Are they threatened by the influence of these student leaders, and hogging power because they are not done looting? They turn us into criminals when we get in the way of their thuggery.

I have watched YouTube videos of police opening fire on students gathered outside the university’s most iconic building melancholically singing “Asina’mali [We don’t money].”

Media For Justice, a social justice investigative unit, documented several stories of students being shot at in their dormitory rooms for having their lights on after curfew.

Just a few weeks ago, a student leader was shot thirteen times in the back, at a very close range in a targeted attack on students. This just after addressing the police and turning to speak to the crowd.

“I have heard of other comrades assisting an injured student and being told by the police to leave her or face being shot at by rubber bullet,” Shaeela Khalla wrote on Facebook hours later. “In extreme pain in the emergency section the hospital; I was greeted by three policemen, who demanded I provide them with a statement.”

When news about the ambush broke, spokesperson of opposite party, Economic Freedom Fighters, tweeted that over 600 students have been detained to date, as well as lecturers from the University of KwaZulu-Natal for engaging students on their concerns.

These narratives of governmental terror sound all too familiar to me. They are reminiscent to those you are likely to read about in textbooks documenting our Apartheid history; the same books that we have studied from. However, a closer look at those textbooks will show you that not even Apartheid could match the tenacity of South African youth.

Angelo C. Louw is the former editor-in-chief of South Africa’s largest youth magazine, UNCUT. He is currently a Fulbright/Hubert H. Humphrey Fellow based at the University of Maryland.