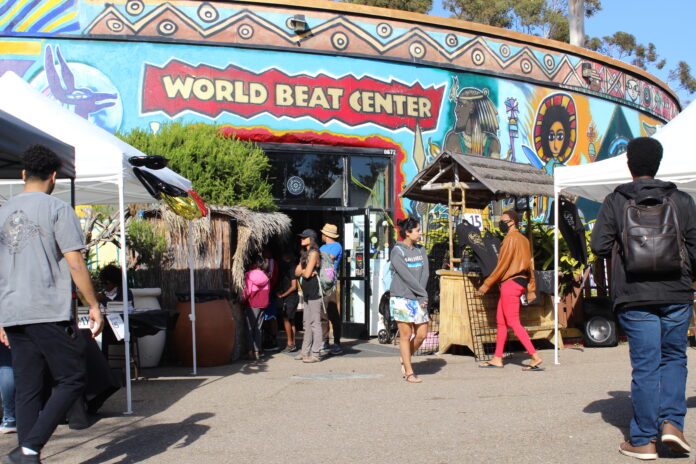 Fans of every age met at the Worldbeat Center at Balboa Park over the course of two days, February 19th and 20th, to celebrate Black Com!x Day.

The family friendly event brought together Black comic book writers and publishers to show off their graphic novels and drawn art.

After two years of the pandemic slowing down events, fans were eager to chat and peruse the latest comic books, and that reflected in the large number of attendees that packed the Worldbeat Center. Fans were also surprised to see the large number of new independent Black publishers and writers who are funded completely on their own: a new trend that has emerged from the pandemic, as people looked to alternative ways of building small businesses.

The event was put together by Keithan Jones of KID comics, a local independent comic book publisher, who wanted to put together an event in the same vein as the San Diego Comic-Con but for small Black publishers and writers. Like Comic-Con, Black Com!x Day featured panels by professionals in the field on various topics, such as “EMPOWERED: Doing Black Business Today” and “Black Women In Comics & Publishing.”

“I learned a lot from the ‘Black Women in Comics & Publishing panel,” said one attendee. “It’s nice knowing that my struggles are not singular. Coming here and meeting all these wonderful creatives is incredibly inspiring.”

As the day went on, attendees perused the different booths set up by writers, who were eager to talk about their stories and books. The Worldbeat Center was packed at one point with participants, all celebrating the beauty of Black Culture in the world of comic books.