GREENSBORO, N.C. (AP) _ With Black families, the timing for “The Talk” traditionally comes later, with getting a driver’s license.

But Marcus Gause found himself sitting down with his 12-year-old son earlier this month.

“He said, ‘Daddy, why are you crying?'” Gause said of that day looking into his son’s eyes with his wife, Tomakio beside him. “I said, ‘I feel like I’m taking something away from you.'”

Soon after the Andrews High School principal watched his first born come into the world, the new father promised himself he would envelope him with the same love and guidance he got from parents, grandparents and extended family. That he would always make it his mission to protect him and do his part to make the world a better place for him.

He didn’t expect “The Talk” _ how interactions with the police for Black people, especially males, can be life-altering _ to be part of it, at least not so soon.

As Gause looked at a child who embraces the world with a wide-eyed excitement, he even wondered if he had worked hard enough to make the world outside their home a better place for a kid who just liked to explore his neighborhood.

But another Black man had just died at the hands of the police under controversial circumstances and protests had gone global. The police were being called on black people under everyday circumstances, like walking through their own yards. He didn’t want his son to be caught off-guard with the way people might treat him in a world where studies show police disproportionately pay more attention to black people.

On Father’s Day this year, Black men said they see hope in conversations now taking place regarding race, but they are facing the same circumstances that burdened their parents and now, seemingly, their children. As race dominates the headlines, many Black fathers find themselves discussing strategies based on the color of their skin before the “birds and bees.”

“There are people in the neighborhood who may not like you and treat you different because of the color of your skin,” Gause told his son that day. “I said, ‘You can walk every day if you want to, but I need for you to take your phone with you.’

“I had to have a conversation about the things that were going on,” Gause said. “I also felt like I was taking some of the innocence from a child who I think is absolutely amazing.”

It forced the son to be more cognizant of what was going on around him, just as it had a 16-year-old Gause when he was stopped by police for speeding in his eastern North Carolina town.

Studies and statistics show how, from employment opportunities to housing, race colors day-to-day experiences for people who are Black. Slavery in this country was followed by Jim Crow or legalized segregation, which, for example, included barriers to Black people living where they want to, such as real estate agents steering them to Black neighborhoods, banks scrutinizing their loan applications more critically and many Blacks not earning as much as white people _ which some say remains the baggage of history.

The concept of “white privilege” means white people don’t have to think about it.

That has led to the birth of a number of Twitter hashtags, including (hash)drivingwhileblack _ and the accompanying stories of being pulled over by the police _ and those designating a (hash)Karen, or white woman who calls police on Black people doing everyday activities such as birdwatching.

It reflects the humor Black people try to find to keep from crying.

When it comes to the police, Gause doesn’t paint every officer with the same brush but he is calling out the culture of policing where an officer can kneel on the neck of a Black man until that man loses consciousness without other officers on the scene stopping it.

And he wants to be part of the solution.

A young Brian “B-Daht” McLaughlin was riding with an uncle when they noticed the flashing blue lights in the rearview mirror.

As the officer approached the vehicle his uncle sat upright and spoke more articulately than in the laid back conversation they had been having.

“I remember immediately as the officer told him to hang tight and goes back to the car, my uncle went from a ‘Yes, sir’ to having the angriest face,” said McLaughlin, now a radio personality with 102.1 FM, comedian and social activist.

“In that same vein my uncle was speeding,” McLaughlin said. “He got a ticket for speeding. He wasn’t angry at the cop for giving him a speeding ticket. He was more upset with the way he had to act in order to make the officer comfortable. The way he felt he had to water down himself just to not be perceived as a threat.”

Gause, the principal, was pulled over for speeding in his hometown of Supply when he was 16. He might have been going seven to 10 miles over the speed limit, he recalled.

“He immediately said for me to put my hands on the steering wheel,” Gause recalled of the policeman approaching the car.

The officer then asked for his driver’s license and registration and Gause leaned toward the glove compartment to get them. That’s when he noticed the officer’s hand move toward his gun.

He went numb and froze.

“My parents always taught me to be respectful _ ‘Yes, ma’am,’ ‘No, sir’ _ to everyone,” he said. “That’s what I thought would take me far. He looked at me and said, `What’s wrong with you, just give me the registration.'”

The officer wrote him a ticket and instead of handing it to him, dropped it on the seat through the passenger’s side window. And the officer wrote it for 18 miles above the speed limit.

He was left feeling empty inside.

“My mother was so nervous at that time,” Gause said. “In hindsight I realized that it wasn’t because I got that ticket but because I had an interaction with a white police officer.”

That interaction differed from what he witnessed while riding with a white 16-year-old classmate who was also stopped for speeding.

“Cody was speeding and showing off going 65 (mph) in a 35 (mph zone),” Gause said. “The police officer came to the car and said, ‘Boy what are you doing? Who is your friend and y’all better not be up to no good.'”

But the officer was jovial.

Cody told him his license was in his book bag, and he got out of the car and walked around to the other side to get the license to hand to the officer.

The officer handed Cody his license back.

Just told him to slow down.

“I was floored,” Gause recalled.

In even mundane situations, there remains a sense that race still matters.

“I think the difference between then and now is that the part we can’t leave off in talking to our kids, is that we didn’t age out of it,” said Steven Cureton, a Black UNCG sociology professor and researcher whose focus areas include race in America.

“I think our grandfathers gave the talk as a rite of passage,” said Cureton, who is also a dad. “Now it’s, ‘I survived it and it can still be an issue with someone my age.’ I can be a victim of the very same thing.”

Cureton, who took in his then-teenaged nephew years ago, would sit him down and go over things to do and not do when he is in a car with other young Black men who come in contact with the police. While “The Talk” differs slightly among families, it’s designed to do everything to get them home safely. So hands out the window or on the steering wheel so the officer can see them, direct eye contact with the officer and no sudden movements. Do not reach for identification until the officer says so. If it’s night, make sure the car’s inside light is on to give the officer an easy visual.

“Now it goes for daughters as well,” Cureton said. “The talk that I give to my daughter is to make sure you have a clean glove compartment. I don’t want you searching. You can’t have too many movements. And just hit record on your phone.”

Black parents still worry it may not be enough for their children or them.

And now, it’s not just while driving. Those interactions can be anywhere.

“It’s not even the police any more,” Cureton said. “It’s people who can use the police as a weapon.”

Those like the woman who called the police last month on a birdwatcher in New York City’s Central Park who asked her to put her dog on a leash _ whose voice took on a frightened tone she didn’t have before dialing 911 on the Black man.

Parents also have to balance those conversations with not allowing them to feel devalued.

“You are not the sum total of what people are making you out to be,” Cureton recalled saying to his own daughter. “Your life is equal. I don’t want you to live in fear, I just want you to be smart.”

Cureton, who holds a doctorate from Washington State University and is the author of half a dozen books including his latest on racial reconciliation, recalls being pulled over by the police and having to force himself to stay focused.

But in discussions among Black people there is a common thread among those officers who seemingly overstep the boundaries. Cureton has sensed that, too.

“There are some police officers that have an issue with having their authority challenged,” Cureton said. “And at those times, even complete compliance doesn’t matter. They want you to have a healthy dose of humiliation. Like I’m in the way of you going home.”

The result of that anger and frustration being bottled up is why so many people are protesting in the streets and some protests have boiled over into violence, Cureton said.

“When our parents were telling us about the police it was never filmed, it was never on social media,” Cureton said.

And that was supposed to be a turning point for justice.

“We thought if you would see it you would believe it,” Cureton said. “Now that you see it, it’s that we have to examine what you see.” 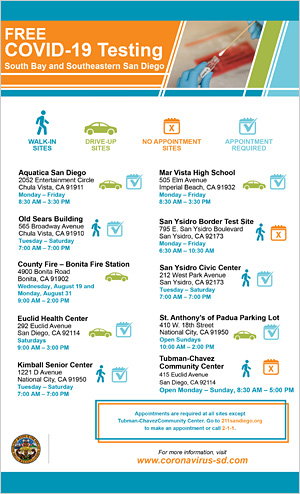