Home National Cartoonist New Book, ‘Just Us!’ Should Have Everyone ‘Laughin’ and ‘Signifyin’ 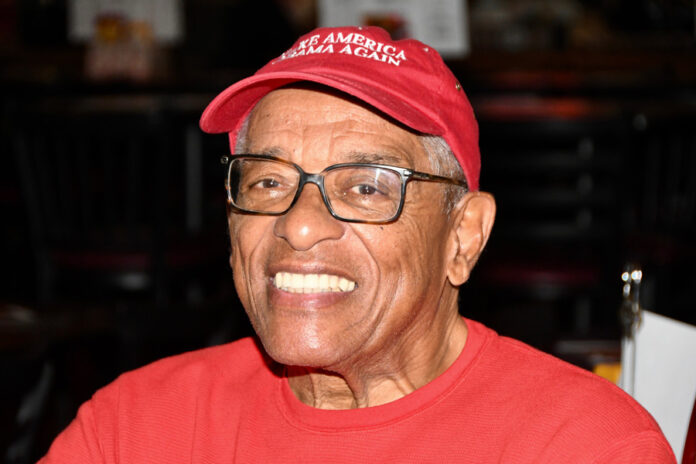 Walt Carr Jr. Releases a Collection of his Legendary Cartoons

Ebony magazine’s “Strictly For Laughs” page may be gone but Walt Carr, the cartoonist responsible for bringing smiles to the faces of millions of Ebony readers is still around.

Carr’s new book, “Just Us!” is now available and it’s a collection of his previously printed editorial cartoons that have intrigued countless readers over an award-winning 50-year career.

Carr said he had more than 1,200 cartoons to select from for “Just Us!,” which is a play on the word “justice.”

“I’ve been a freelance cartoonist for over 50 years and started drawing political cartoons in 1993,” Carr said.

Born in Baltimore in 1932, Carr’s family was one of the first to move into the Gilmor Homes, a new housing project at that time that’s now scheduled for demolition.

In 1944, his family moved to Philadelphia – thus when asked where he’s from, Carr says he’s a “Balti-delphian.

Carr’s father, Walter Sr., worked as a circulation manager for the Afro-American newspaper and his great-grandfather, Josiah Diggs, was the first African American to build a movie theater in the city of Baltimore – the Dunbar on Central Avenue.

A Morgan State University graduate, Carr played football and ran track at the school where he was also a member of Kappa Alpha Psi, Inc., and a charter member of the 100 Black Men of Maryland, Inc.

“Just Us!” counts as one African American’s perspective on the condition of blacks in America and the 193-page book spotlights Carr’s style of drawing and wit.

“There’s a brief narrative before each category that helps define who I am and how my life experiences shaped me, my concepts and beliefs,” Carr said.

“I’m a firm believer in the effectiveness of visual commentary and the relevancy of a strong black press. I believe my drawing style and wit captures, highlights and exposes the underbelly of the hypocrisy and racism that has engulphed this seemingly rudderless nation for decades.

Over the years, Carr said he rarely saw people of color in cartoons on the editorial pages of mainstream press unless it was something catastrophic or negative.

“You never see the black spin, the black perspective, if you will, on national issues and how they impact the black community and the black condition in America as we live and breathe it every day,” Carr said, adding that he determined that was a glaring omission.

“When I retired from the Social security Administration in 1990, where I was chief of the Visual Graphics Section, I decided to switch from single-panel gag cartoons to political cartoons,” he said.

His said his motivation for writing the book was quite simple.

“I thought I had something that was worthy of sharing and not just with a black audience,” Carr said.

“The direness of so many issues the black community faces on a daily basis sometimes makes it difficult to provoke a laugh or a smile but, perhaps, the cartoon will inform, educate or, hopefully, inspire the viewer,” he said.

White people also can learn something from the book which should help them to have a better understanding of where African Americans come from, Carr said.

Finally, Carr said his source of inspiration remains his parents, particularly his father.

“[Dad] planted the activist seed in me when I was 11 years when he told me I was going to have to be ten better than the white man to make it in this world,” Carr said.

“He and my mother were arrested for protesting police brutality in Baltimore in 1941 – almost 20 years before the civil rights movement. His activism never died. From 1960 until 1993, he published a weekly tabloid called ‘The Nitelifer.’ Which carried ads for all the black nightclubs, bars, black beauty shops and barbershops, black car salesmen, dances, and concerts in Baltimore,” Carr said.

For his father, writing the weekly editorial was his main goal — his pride and joy — as was “staying on black folks cases about what we needed to do to improve our lot,” Carr added.

“My ideas have to come from my personality and make-up. I love a good joke and I love to make people laugh, which is the best free tonic in the world, and the cats I’ve hung out with over the years are an awesome bunch of guys. I eat out twice a week with these guys – we call it ‘laffin’, lyin’ and signifyin’. I’ve stolen gags from them from time to time and I’m an avid reader,” Carr said.