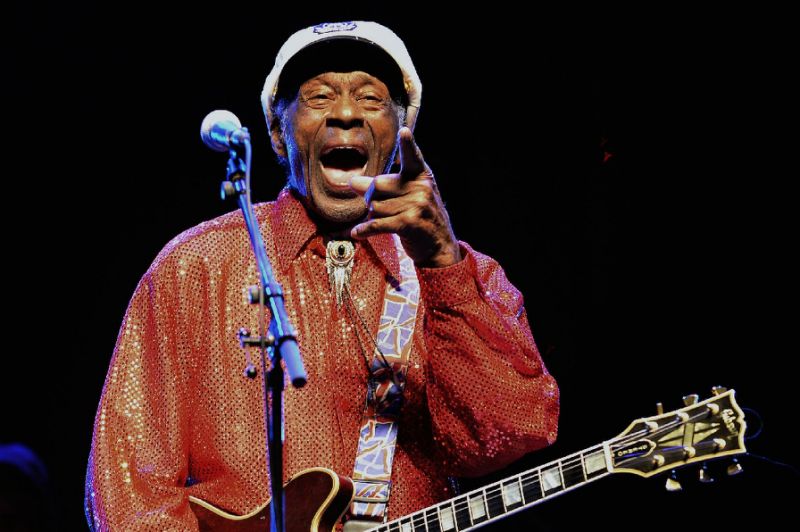 The St. Louis Post-Dispatch reports that Berry’s album, titled “Chuck,” will be available in 2017.

The album was recorded in St. Louis-area studios and will feature mostly original work by Berry, who turned 90 on Tuesday. He is the sole producer on the album.

Jimmy Marsala, a bassist in Berry’s longtime band, suggests the new album took so long to come together because Berry wanted to make sure it lived up to everyone’s expectations. His last studio album was “Rock It” in 1979.

Marsala said Berry – whose writing credits include “Roll Over Beethoven,” and “Johnny B. Goode” – started working on the new album as soon as “Rock It” was completed.

“He was constantly working on stuff all the time, on airplanes, writing lyrics down, always coming up with new ideas – ‘Let’s try this, let’s try that,'” Marsala said.

Spokesman Joe Edwards says the new album is a gift to his fans. Berry’s son, Charles Berry Jr., says the songs “cover the spectrum from hard-driving rockers to soulful, thought-provoking time capsules of a life’s work.”

According to Edwards, Berry is likely retired from touring, but anything can happen.

Berry played his 200th concert at a St. Louis restaurant and music club called The Duck Room in 2014 before pulling back from touring.

Artifacts from Berry’s career are on display at the National Blues Museum in downtown St. Louis, the city where he was born, and the recently opened National Museum of African American History and Culture in Washington, D.C.