Home National Colin Kaepernick memorabilia to be featured at the Smithsonian 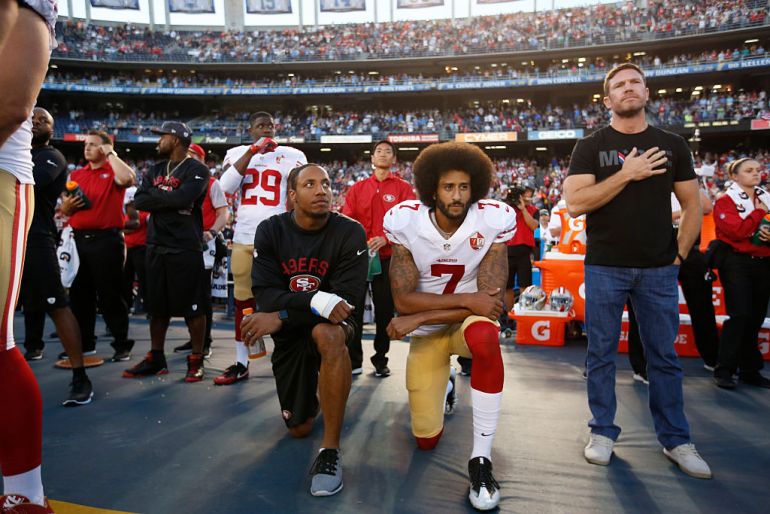 The National Museum of African American History and Culture is already looking to include Colin Kaepernick in it halls.

Director Lonnie Bunch reached out to sociologist Harry Edwards as the museum was being developed, and Edwards was part of the game-changers exhibit featuring famous black sports stars and their impact on the world. To that end, Edwards recently donated a collection of Kaepernick’s memorabilia to the museum, suggesting that they should put up an exhibit featuring Kaepernick sooner than later.

“I said, ‘Don’t wait 50 years to try to get some memorabilia and so forth on Kaepernick,’ ” Edwards told USA TODAY Sports. “ ‘Let me give you a game jersey, some shoes, a picture … And it should be put right there alongside Muhammad Ali. He’s this generation’s Ali.’ ”

Kaepernick was rocketed to nationwide attention when he decided to take a knee during he national anthem in protest of the state of race relations in the United States, a decision that prompted a wave of similar protests across the country.