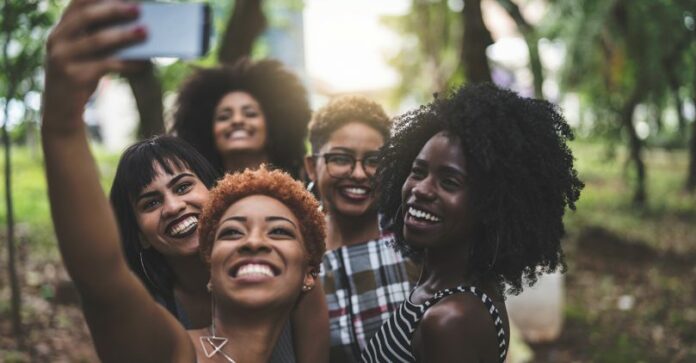 In a recent televised commentary, Dr. Greg Carr, chair of Howard University’s Department of Afro-American Studies kick-started a stirring conversation that has mostly taken place inside the confines of Black communities around the country.

Carr tackled the sometimes-uncomfortable topic of identifying as Black versus African-American.

“Despite the dictionary definitions, there is no term that truly describes people that were taken from Africa and forced into slavery,” Carr said during commentary on Washington, D.C.’s WUSA.

NNPA Newswire followed up by reaching out to several individuals of color – Blacks, African Americans – in attempt to gain the pulse of just which way many lean.

“Many Africans who live in North America but were born and raised in Africa do not like to be labelled as Black,” said Dr. Tapo Chimbganda, the founder of Future Black Female, an organization that helps create opportunities for Black female youth to participate fully and beneficially in academic, economic and social endeavors.

“Growing up in Africa, where almost everyone is Black makes it difficult for people who grow up in that environment to understand, grasp and identify with Black as a signifier the same way that people born and raised in the West do,” Chimbganda said.

“While Africans dealt with colonization and many of the same oppressive practices of white supremacy, they were a majority and once their leaders took over government, for the most part, oppression ceased to be about race and more about tribalism and ethnic rivalry,” Chimbganda said.

“There are so many ways to be ‘Black’ and so many mixtures and countries that when we define people by a single color, we miss multiple parts of who they are. That is true for Whites as well,” she said.

Dr. Gail L. Thompson, the founder and CEO of Inspirations by Gail LLC, said “Black is a general term that includes anyone of African descent, including indigenous Africans, African Americans, Caribbean Blacks, and immigrants.”

“A Black person can live anywhere in the world,” she said.

Thompson defined African American as a U.S. citizen of African descent whose ancestors lived in America before and during the era of the Transatlantic Slave Trade.

“I am an African American who can trace my ancestry in the U.S. for five generations,” Thompson said. “According to my DNA test results, my ancestry is 92 percent African, primarily from the Congo/Cameroon region and Benin and Togo.”

“If we use the term Black, we are doing ourselves a disservice. Black only identifies with the color of our skin but it has no cultural connections to who we are as a people,” said Mitchell, the author of “How Do We Build A Real Wakanda?”

“As a result of our slave experience, we don’t understand the power and purpose of culture and we seem to be naive in how we regard and respect the unifying principles of culture,” Mitchell said.

“Other races of people benefit from employing a language, education, religion, names and customs that are centered around their historical experience and we’re the only people who fail to do so,” he said.

Mitchell said it’s important that all of African descent find time to read books like the “Autobiography of Malcolm X,”“The Mis-Education of the Negro,”“Nile Valley Contributions to Civilization,”and “Chains and Images of Psychological Slavery.”

“We would [then] have a better insight and understanding of culture,” Mitchell said.