Home Opinion and Commentary Commentary: Here’s Why You Need to Vote in the California Recall Election 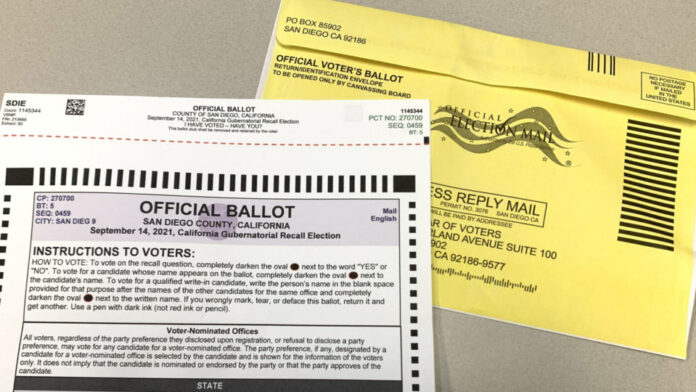 By Rick Callender, President of the California/Hawaii State Conference of the NAACP

This recall election was triggered after the Secretary of State certified that 1.7 million Californians signed a petition demanding a vote to remove Newsom from the office he assumed in January 2019. Under state law, to initiate a recall, proponents need to collect the signatures of enough registered voters to equal 12% of the turnout in the prior governor’s race.

The recall ballots will ask two questions. The first is a simple yes-or-no question: should Newsom be recalled. If 50% or more of voters mark ‘NO’ then the effort to recall Newsom is defeated. However, if more than 50% mark ‘YES’ then the second question comes into play: who should replace him? There are 46 names on the ballot and the candidate with the most votes, as dictated by state law, will become governor for the remainder of Newsom’s term – which is through January 2023.

Whether or not you support Newsom your vote in this election matters.

When we cast a vote, we win. We are represented. That’s the power that lies at the heart of the democratic process. It is the beauty of having free and fair elections.

Blacks Americans have a long history of struggling to exercise their right as citizens to vote. Those who came of age before 1965, less than 60 years ago, felt it all too keenly, particularly in the South, where they were systematically turned away from polling places. Once they secured the vote, the idea of not even attempting to participate in an election would have been an abdication of their rights as Americans.

The people we entrust with our vote to lead us — whether it is at the federal, state, or local level – are responsible for developing policies and legislation that affect how safe we are in our homes and communities, our access to quality health care and education, the financial opportunities available to us, and more.

An outcome of the 2020 Presidential election cycle has been an extension of the unprecedented assault on voting rights beginning with the Supreme Court decision, Shelby v. Holder (2013), weakening the Voting Rights Act of 1965, and has led to more laws restricting our ability to vote.

California has taken extraordinary steps to remove barriers and increase access to the polls, setting the national standard for what free and fair elections should look like. We cannot afford to be complacent and watch like spectators as our rights are rolled back, our interests are ignored, and our power is discounted. This recall election will be a crucial test of our will as voters.

Sometimes it might feel like democracy happens election by election, step by step, once every two or even four years. But democracy doesn’t work like that. It doesn’t take a day off. It’s a constant process, happening all the time, whether we choose to engage or not. It’s messy, ugly, hard work. Not voting is just as much an act of democracy as is voting – refusing to participate is a choice.

Every registered voter will automatically receive a ballot. Vote by mail started Aug 16. The last day to register to vote is August 30. However, you can “conditionally” register and vote at your county elections office or polling location after the voter registration deadline, up to and including Election Day. It’s a chance we must seize, regardless of party affiliation – our democracy, our community, our lives depend on it.

Rick L. Callender, Esq. is the President of the California/Hawaii State Conference of the NAACP and serves as a member of the National NAACP board of directors.