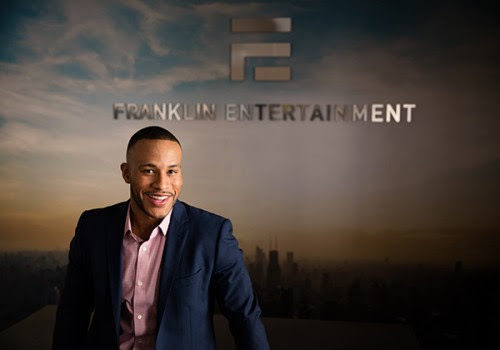 Los Angeles, CA (BlackNews.com) — Producer, preacher and New York Times Best-Selling author DeVon Franklin (MIRACLES FROM HEAVEN, “The Wait,” “Produced By Faith”) has signed an overall deal with 20th Century Fox. Under the multi-year pact, Franklin will produce and develop film content for the studio through his Franklin Entertainment banner.

Franklin most recently developed and produced the hit faith-based film MIRACLES FROM HEAVEN, which starred Jennifer Garner and Queen Latifah. The film, which received a rare A+ CinemaScore, was made for a modest $15 million and has earned over $73 million at the worldwide box office, making it one of most successful faith-based films to date. Additionally, Franklin has several projects in the works including the upcoming Sony Pictures Animation film THE STAR, a story about the first Christmas told from the nativity animals’ point of view, which is slated for a November 2017 release, and the high-profile reboot of HE-MAN and the MASTERS OF THE UNIVERSE franchise. Also in development for Franklin is the highly-anticipated remake of the 1975 classic film COOLEY HIGH at MGM, the inspirational biopic 44, with Kevin James attached to star, and faith-based film MJB GOT FAITH with TriStar Pictures.

“We’re excited to welcome Devon Franklin into the Fox family,” said Stacey Snider, Chairman and CEO of 20th Century Fox Film. “He has great taste and a real feel for inspirational stories. His films will provide a perfect complement to the great variety of films that Fox already produces.”

“I am deeply committed to producing inspirational content of faith that reaches audiences all around the world,” said Franklin. “This is why I’m so excited to join Stacey Snider, Emma Watts, and the Fox family. I am incredibly grateful for the support from such a legendary team for my vision of creating uplifting content for the masses.”

Prior to launching Franklin Entertainment, Franklin served as a Senior Vice President of Production at Columbia TriStar Pictures– making him one of the highest ranking African-American executives in Hollywood’s studio system, as well as one of the youngest to reach that rank. During his 10 year tenure at Columbia, he achieved unprecedented success in helping shepherd inspirational and faith-based content working on such films as THE KARATE KID, THE PURSUIT OF HAPPINESS, JUMPING THE BROOM, and, most notably, the sleeper hit HEAVEN IS FOR REAL.

Along with his success in the filmmaking world, Franklin is also a New York Times Best-Selling author, TV personality, and Christian preacher. Through his work in each of these areas, Franklin has harnessed the power of entertainment to bring inspiration and motivation to the masses. This year, Franklin released his second book, “The Wait,” which he co-wrote with his wife, actress Meagan Good. The book quickly became a New York Times bestseller and has sold over 125,000 copies to date. Additionally, Franklin has amassed over 1 million followers on social media through his daily inspirational posts.