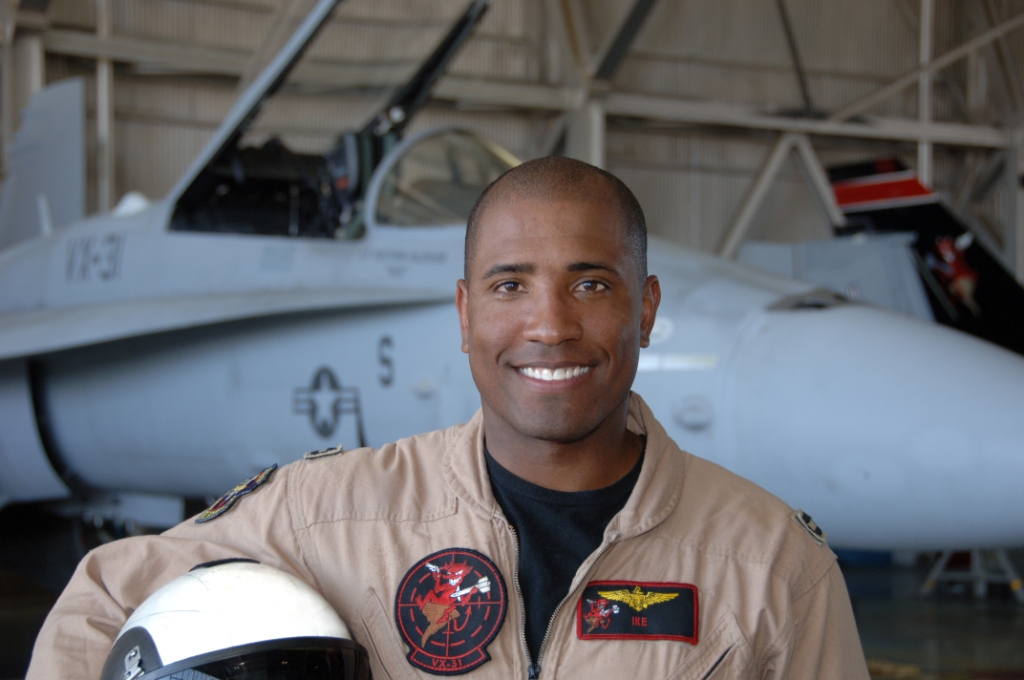 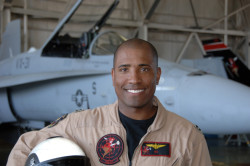 Victor J. Glover sat in one of his engineering classes at Cal State-San Luis Obispo in the late 1990s. It wasn’t going well. Balancing a rigorous class schedule, along with athletic responsibilities in football and wrestling, this class wasn’t getting the time and energy it deserved. Glover failed that class. But sometimes, failure is the best avenue to success.  “I took the class again and aced it,” Glover said. “My life changed at that point. I knew that I could compete. I was there because I deserved to be. I had doubt about my ability and that class changed everything. That’s part of growing.”

Glover, 37, is now a Lt. Commander in the U.S. Navy, serves as a Navy Legislative Fellow in the US Congress and is a member of NASA’s 2013 Astronaut Candidate Class. His early failure morphed into a lengthy resume full of personal and professional successes.  Now, Glover awaits his opportunity to be trained to fly in space. A yearlong process full of interviews and intensive medical screening, it’s something he still hasn’t completely wrapped his mind around.  “It hasn’t really hit me yet,” Glover said. “It’s like, ‘wow’. It’s overwhelming. I talk about space and I’m not joking around. I’m actually being trained to fly in space. It doesn’t even sound right.”

Glover laughed at this thought. His laughter served as a light moment barely rising behind the amount of work he had to put in to get to where he is now. He applied to be an astronaut candidate in 2008 but didn’t earn an interview. But the process became familiar to him. And like with anything else in Glover’s life, he took it as a learning experience to go back and be better.  “When you fail at something,” Glover said, “own it. Find that chink in your armor and get better.” 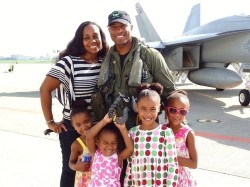 Glover is married to his wife, Dionna, and has four daughters: Genesis, 10, Maya, 8, Joia, 6, and Corinne, 5. The first time he left for deployment as a married man, Genesis was the only child. The second time he left, all four were in the home.  When asked that often asked question of, ‘Why do you have to go away?’ Glover responds with, ‘Honey, daddy has to go away so someone else’s mommy or daddy can come home. Me doing my part helps them out.’  That sense of purpose gives Glover all the satisfaction he needs.  “It has challenges,” Glover said. “Going away on deployments are tough. But we just moved from Japan to Washington, DC. Our children got to experience Japanese culture for two years. So it has a lot of unique rewards.”

Glover made the decision to join the Navy while in college. An athlete at heart, he knew the professional ranks of football were not in his future but he still wanted to do something with that level of a rush, that level of excitement. Already studying to be a mechanical engineer, he saw the Navy as an opportunity. He took it, ran with it and hasn’t looked back.   He only goes back now to tell young people how to take their successes and failures and turn them into progress.

“Everything you put your name on should be your best work,” Glover said. “Everybody doesn’t find what they love right away. But if you always work hard, then your normal becomes somebody else’s extra. You’re already used to pouring your heart and effort into things. That becomes your standard.”