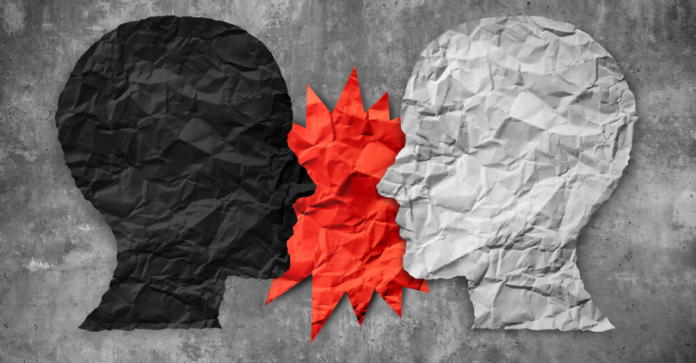 A group called Moms for Liberty has filed an 11-page complaint alleging that the book “Martin Luther King Jr and the March on Washington” is “anti-American.”

The complaint is the first to be filed under Tennessee’s new anti-critical race theory law. The new law specifically targeted a book about Martin Luther King Jr. and the civil rights movement, calling it “anti-American.”

The Tennessee Department of Education refused the request. The department declined to investigate the allegations because the lessons referenced were not taught during the 2020-21 academic school year.

“The relentless nature of how these divisive stories are taught, the lack of historical context and difference in perspective, and the manipulative pedagogy all work together to amplify and sow feelings of resentment, shame of one’s skin color, and/or fear,” the complaint from Moms for Liberty read.

Moms for Liberty protested a photo of segregated water fountains and images showing Black children being blasted with water by firefighters during the civil rights movement.

Though “critical race theory” is a part of college level curriculum at law schools, the term has become a wide-ranging catch all in conservative circles. Many have loosely defined to mean any curriculum that includes efforts towards greater diversity and equity as well as discussions about how exclusion and bigotry has played a role in the shaping of American history and present-day events.

“Critical race theory” gained energy as an answer to the publication of the New York Times’ 1619 Project by journalist Nicole Hannah Jones. That project greatly centered the history of African Americans and the impact of slavery in American history, politics and culture.

On November 19 in New Hampshire, the New Hampshire Department of Education made it easier for citizens to help enforce a law passed during the summer that restricts how teachers can discuss race with an online questionnaire to prompt investigations.

The state chapter of Moms for Liberty added a cash reward of $500 for those reporting violations.