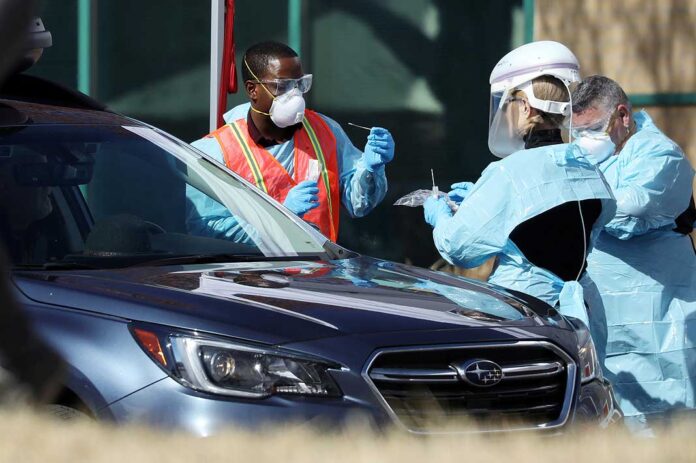 BY ANA B. IBARRA, CALMatters.org

It’s the new conversation starter: Have you been tested?

Was it hard to get an appointment? How quickly did you get results?

As Californians rush to get tested to reassure themselves and their families they aren’t carrying the virus, many have echoed frustrations: Appointments that are weeks out. Tests being denied. Growing delays for results, and lost tests. Confusion about what insurance will and will not cover.

Others have had a mostly seamless experience—in and out of a testing center in less than 30 minutes and results within a day or two.  Some have even opted to pay more for a “rapid test” and had results within the hour.

In a CalMatters survey, 170 respondents from Humboldt to San Diego counties shared a wealth of hit-or-miss testing experiences from “super easy!” to “a circus.”

Coronavirus testing in California has been a challenge since day one. From the pandemic’s beginning, a shortage of supplies allowed for very limited testing and the state set a modest goal of 8,000 tests by the end of March. Testing has since expanded, with the state tallying more than 100,000 tests a day.  The demand, however, is placing pressure on  the supply chain, forcing the state to rethink its strategy.

“There are not enough machines and equipment in existence to meet the current national and global need for diagnostic testing,” said Dr. David Witt, national infectious disease leader for Kaiser Permanente. “Given the current surge in cases under way, it is highly likely that testing will continue to be a challenge, one that is likely to get worse before it improves.”

Among respondents in the CalMatters survey, some reported technical hiccups that forced them to return to a site twice or more before actually being tested. Two roommates from Fresno who requested a test at the same time from the same site got appointments almost a week apart.

Carson Blaker of Los Angeles sat in his car with his windows rolled up for over an hour in 90-degree heat, something he wished he’d known because his car doesn’t have air conditioning. Those without cars said walk-up testing can be harder to come by.

Miles Campbell of Woodland learned on June 25 that a coworker at the supermarket warehouse where he works had tested positive for coronavirus. He decided to get tested because he lives with his parents and didn’t want to potentially expose them.

Although he’d heard testing was free, he called his insurance to make sure he wouldn’t be surprised by a bill. He said the representative told him it would cover the cost only if the test was ordered by his primary care provider.

Campbell, 23, doesn’t have a primary doctor and didn’t have symptoms, so finding a provider to prescribe the test was a challenge.

By the time he got tested on July 4, he was more than a week into his quarantine period—still not at work and potentially exposing his parents.

“I definitely don’t think it was worth it. I’m going to work tomorrow, my 14 days are up, and I still don’t have the results,” he said last Thursday.

Campbell’s story is also one of an “essential worker,” which includes food production and grocery store employees. Yet accessing a test was no easier for him. Essential workers, with and without symptoms, are on “Tier 1” of the state’s current testing guidelines, which means they should be prioritized.

Sherrie Totoki, 33, got tested at San Francisco Community College. She was told she’d have results in two to three days, so she made plans to visit her sister who had just given birth in Los Angeles. After a week with no results, she was told the lab never received her test.

She said that when she got to Los Angeles, she kept away from her family until she found an urgent care center in Pasadena that offered a new type of diagnostic test, known as an antigen test, designed for rapid detection of the virus.

An hour and  $125 later, she had a negative result. Later that day, she got a second message from her original free test in San Francisco, notifying her that her test had been found. The result: negative.

“It was worth it because I wanted to see my nephew, but I spent a lot of time trying to get tested,” Totoki said.

For 74-year-old Andy Lagomarsino of Stockton, waiting for results wasn’t the problem— it was the confusion around how to initiate the test.  He said he drove to Sutter Gould Medical Foundation in late June. He was directed to drive up to a parking space and call the number on the parking post for further instructions. No appointment was required; it seemed easy enough, he said.

As Lagomarsino tells it, he spent more than an hour on the phone, but couldn’t get anyone to answer. He left and came back a second day. Then a third. “Eventually I got tested, but I had to make a big stink,” he said. “Trying to get tested was the biggest circus.”

His results came in the next day.

In an effort to improve testing, California has established a system of more than 1,000 public and private testing sites. The state also put out a testing information website, where people can find testing locations nearby. Many residents jumped at the chance, if only for peace of mind. In the CalMatters survey, 84% of respondents said they sought testing even though they didn’t have symptoms.

California, along with the rest of the country, is again experiencing a shortage of supplies needed for testing, resulting in cancelled appointments, the closing of test sites and longer waits for results.

On July 4, public health officials asked California laboratories to prioritize patients with symptoms and those in hospitals, nursing homes or prisons.

In a preview of his coming announcement, Newsom said the state is looking to increase testing in local labs and hospitals.

But some of these systems have also expressed concerns. UC Davis Health said it doesn’t have enough kits to help with testing outside its system. Testing of its own patients and its employees will continue as is. Sutter Health in Northern California said it’s also looking for supplies from various vendors.

Kaiser Permanente said that it’s working toward a goal of 20,000 tests a day. “We remain concerned, however, about the availability of needed testing supplies in the coming weeks and months,” Witt said.

Newsom said he doesn’t want the shortages and backlogs to dissuade people from seeking testing.

“Look, if you have symptoms, if you’re in a high risk category…we want to encourage you to get tested, not be discouraged in some cases by some of these delays,” he said. “Know that we have a team working overtime on this.”