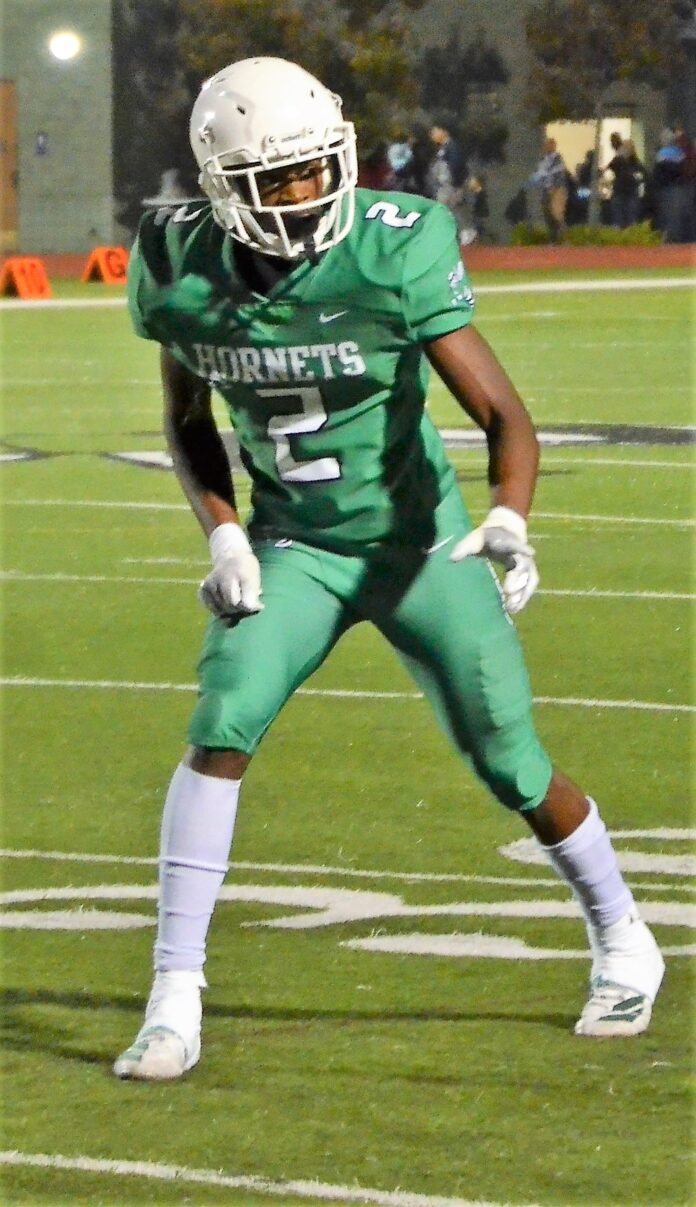 After falling behind and a failure to communicate on offense, the Hornets coaches called on their relief QB freshman Samuel Super Cooper. Coop answered the call running for one TD and throwing for another to Ben O’Brian. His super-cool demeanor under serious pressure helped to lead the Championship-minded Hornets to this must-win playoff game.

Lincoln’s impressive O-line was very protective of their youngest Hornet helping him and runners Casanova Coleman (108 yds-1TD), Kenneth Stevenson (60 yds.), Xavier Hamlett (40 yds.) do what they do best.

The Hornet defense also showed up and showed out again, led by senior Marquese Allen-Patmon. When Cooper left the game due to an injury in the 4th quarter, senior Chris Davila took over and took care of playoff business at QB, sealing the big-deal and advancing the Hornets.

“This was definitely a total team effort. We got off to a slow start again on offence. But we knew we had to step it up and we did like we are supposed to,” Hornet Keyshawn Smith (1-TD) said. “We had a good practice preparing for this game and we will have to work hard again for next week’s game.” By virtue of their win over the Warhawks of Madison Oceanside will face Big Lincoln Saturday at Southwestern JC @ 7PM.

“I’m so proud of this team this team is a family, we’ve faced a lot of adversity, a lot of people doubted us for whatever reason but we persevered,” Assistant HC/OC Jason Carter said. “We did struggle in the beginning of the year trying to match all the moving pieces. Eventually we got it right and know we are on our way back to another CIF, but we still got some work to do.”