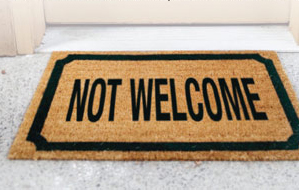 In 2013, about 43 percent of African Americans owned their home in the United States. They accounted for the lowest percentage of homeownership out of all racial and ethnic groups. The next lowest group was Hispanics. Seventy-three percent of Whites owned their homes, bringing the national average to about 65 percent.

A recent report from NPR addressed the economic climate of African Americans, and the disparity of wealth between them and other groups – mainly whites. The report, disparaged the idea of a “post racial” society and discussed racial tensions on college campus, but also how the African American economy is nonexistent due to discriminatory housing practices done by the FHA during the first half of the 20th century. The broadcast featured a number of scholars on the issue, one of which, Koritha Mitchell a professor of English at Ohio State University, who further dispelled the myth of a “post racial” society and traced the economic struggles of African Americans back to the Great Depression era.

There are many reasons that African Americans linger at the bottom of the totem pole when it comes to homeownership and economic wealth in this country, and those roots can be traced back to the days of slavery. A turning point in the Civil War, President Abraham Lincoln signed the Emancipation Proclamation which declared slavery unconstitutional. Blacks were no longer considered property according to the law, and saw economic and status elevation during the brief Reconstruction era post-Civil War, but many of those gains were lost as whites began to take the law into their own hands through the formation of the KKK and the rise of Jim Crow.

The formation of the Jim Crow South left African Americans permanently economically crippled. After the brief Reconstruction period, Blacks began losing the property they had fought so hard to obtain, leading to deeper economic depression. White America suffered during the Great Depression, and African Americans suffered that much more. CivilRights.org details the discriminatory housing practices that began in the 1930s, citing that many single family homes were divided into multifamily homes and made available to rent to African Americans. These structures were located in segregated areas throughout cities and communities, and eliminated the opportunity for Blacks to own property.

During the period between 1930 and 1960, 98 percent of FHA loans went to whites by discriminatory practices. These were practices, known as redlining, were supported by the federal government. Those FHA loans allowed whites to live in the best neighborhoods, go to the best schools, get into the best colleges and a lasting equity in their homes that African Americans simply weren’t privy to. And even after redlining was made illegal by the Fair Housing Act of 1968, the economic gap had widened to astronomical proportions between whites and Blacks in terms of wealth and prosperity. This 30-year period set up the current state of Black wealth today. Owning a home is the key to economic empowerment; it opens the door to generational wealth and is the “American Dream.”

According to BlackDemographics.com, in 2012 the poverty rate for all African Americans was 28.1 percent, an increase from 25.5 percent in 2005. The poverty rate increased between 2005 and 2012 for every demographic of African Americans except those ages 65 and over who experienced a decrease from 21.2 percent to 19 percent. Black families with children under 18 headed by a single mother have the highest rate of poverty at 47.5 compared to only 8.4 percent of married-couple Black families. There may be a direct correlation between these statistics and the Great Recession, which happened during the latter half of the last decade.

The Fair Housing Act made it illegal to discriminate against Blacks when showing houses, but that didn’t stop the great exodus of whites leaving neighborhoods as Blacks began to populate them. Known as “white flight,” whites promptly moved out of communities where Blacks began buying houses to more racially homogeneous suburban areas.

In cities such as Cleveland and Detroit, and many other northern cities, white flight took place virtually overnight. But in other cases, such as Chicago and other Northern cities, whites didn’t leave instantly, but instead took the law into their own hands, using violence and intimidation in an attempt to dissuade Blacks from moving into the neighborhoods. But eventually, these whites left too, and as white families left these neighborhoods, they carried their wealth with them. Over time, the property value of these houses began to decrease, thus leading to ultimate deterioration of the neighborhood as a whole.

More recently, many neighborhoods across the country have been experiencing the reverse of “white flight” in gentrification. Historically African American neighborhoods are changing demographically and becoming more diverse, including cities such as Washington, D.C. and Brooklyn, New York.

With decades and generations of racial discrimination in the housing arena for African Americans, it will take aggressive federal and ideological shifts to change the economic climate for Blacks overall.