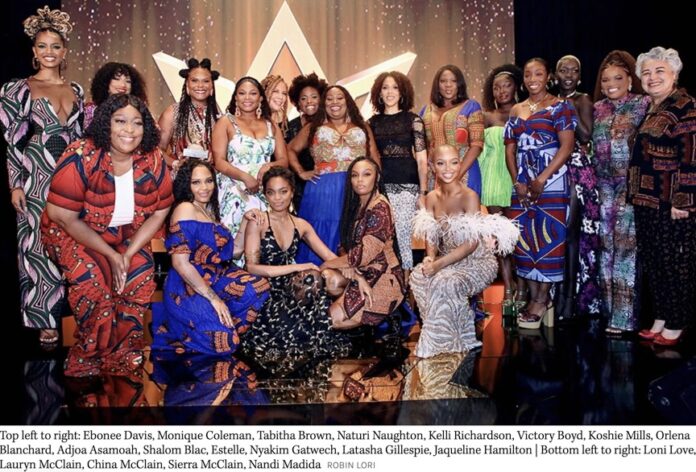 The 5th Annual Heirs Of Afrika International Women Of Power Awards was a star-studded affair held on July 31 in Los Angeles. Illustrious black women came from around the world to attend. Founder Koshie Mills, Executive Producer of the show, manifested her passion to connect Africans on the continent with descendants in the diaspora. Congresswoman Karen Bass staffer Jacqueline Hamilton presented Koshie Mills and the Heirs Of Afrika organization with signed congressional certificates in recognition of dedicated service to the affairs of the community.

The elegant awards show was created to honor black women who are dynamic representations in various industries. The kaleidoscope of black women in the room created a magical atmosphere of inclusion and inspiration. The power of excellence was displayed in the entertainment quality and programming, hosted by Emmy Award-winning comedic genius Loni Love.

The show commenced with the powerful sounds of African drums, while artiste Victory Boyd enchanted the audience with her mesmerizing voice.

Ten women of power were honored:

The inaugural Heirs Of Afrika House was launched to support young black female content creators, the Future Faces Ambassadors. Nyakim Gatwech, Ebonee Davis and Shalom Blac were selected and celebrated with a tea party with their  peers in partnership with NYX cosmetics.

Says Koshie Mills, “Black women are majestic, strong and intelligent, yet we are rarely celebrated. Heirs Of Afrika International Women Of Power Awards’ goal was to demonstrate how much we love and value each other.”